Disability no bar for swimmer

By Jono Edwards
0 Comments
As John Caughlin rose from the surf on Saturday after the 5km swim around Dunedin’s White Island, he played down the effort.

Mr Caughlin (50), who lost his right arm in a swimming accident eight years ago, swam around the island from St Clair on Saturday with friend Gabor Langyel.

University of Otago student John Caughlin has St Clair Beach in sight as he nears the end of his swim around White Island on Saturday. PHOTO: GERARD O’BRIEN
The pair were escorted by an IRB boat and a paddler who kept in radio contact with the St Clair Surf Life Saving Club.

While conditions were choppy, the swimmers had little trouble completing the circuit in 1hr 45min.

"We’re used to it. We have a windy beach in Northern California, so we get a lot of wind chop," Mr Caughlin said. 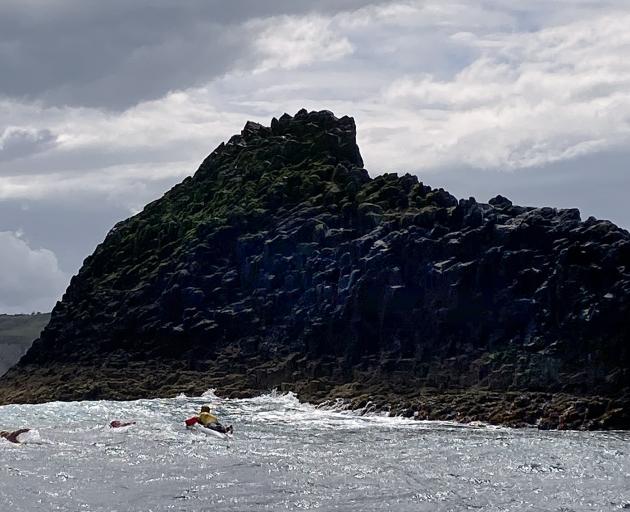 Mr Caughlin makes his way around the island. PHOTO: GERARD O’BRIEN
The swim was about what they expected, he said.

"We had some texture out there, as we say, not really giving you an easy swim of it.

"It’s just fun. Most people would hate what we were doing, but to me it’s a lot of fun."

Mr Caughlin is from Halfmoon Bay in Northern California and has been taking a variety of papers at the University of Otago for the past two years. 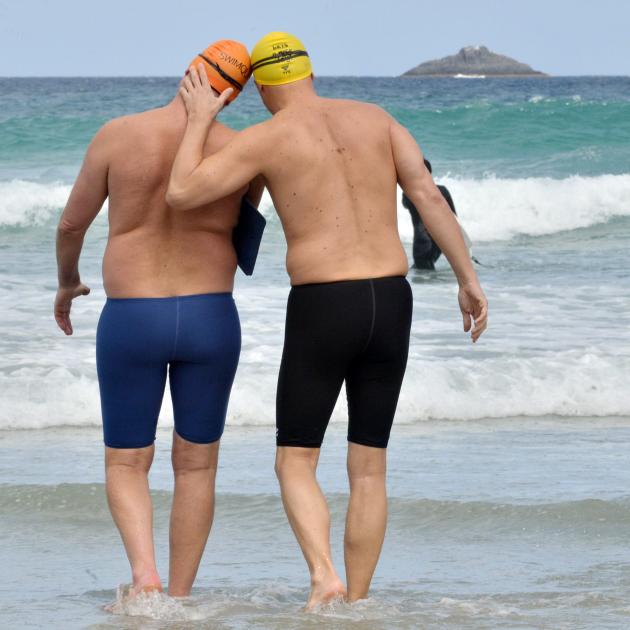 Mr Caughlin (left) is encouraged by friend Gabor Langyel as the pair wade into the St Clair surf. PHOTO: ST CLAIR SURF LIFE SAVING CLUB
He will be in Dunedin for another month. He will then travel around the country before returning home.

On Saturday night, he was planning to go out for dinner and relax.