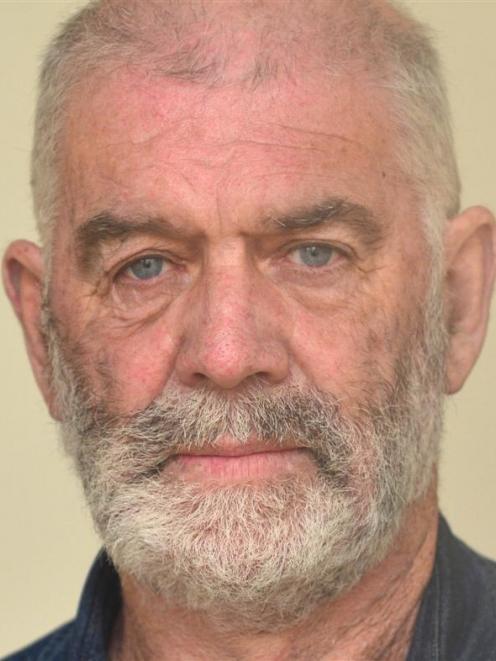 Doug Hall.
Ratepayers could face a bill of more than $600,000 as a dispute between the Dunedin City Council and one of its incoming city councillors rumbles on.

However, the cost of the tussle with Dunedin businessman and new councillor Doug Hall could climb even higher if the council has to reach into its pocket again for any settlement that follows.

Council infrastructure and networks general manager Tony Avery told the Otago Daily Times the cost of the long-running dispute over the realignment of State Highway 88 had reached $534,716.68 yesterday.

The increase included $38,293 spent by the council on a second designation process for the highway, which began in August after a previous designation was quashed last year.

The measures were put in place to ensure safety at the entrance to Mr Hall's transport yard, beside the highway, while new traffic lights in the area remained switched off because of the dispute.

However, with the argument now heading to the Environment Court, Mr Avery said the dispute could continue for another nine months - taking it into the middle of next year.

Costs would continue to mount in the meantime, and the court process soon to begin could add ''perhaps up to $100,000'' to the total bill, he said.

The court bill would include the cost of legal, planning and traffic experts, but the exact sums would ''depend on the process'', he said.

''There will be a period where there will be no costs, followed by a time during any hearings when the costs will accumulate. The traffic management costs will be ongoing,'' he said.

Any proposal to settle the dispute would also ''most likely involve a payment of some kind'', he said.

Mr Hall could not be reached for comment yesterday, and last week declined an ODT request to discuss potential conflicts of interest.

However, he has previously said the solution for the council was simple - ''they can buy me out.''

He expected the council would need between $7 million and $8 million to do that.

In the meantime, the council was seeking advice from the Office of the Auditor-general, at Mr Hall's request, after he met council chief executive Paul Orders and corporate services group manager Sandy Graham last week.

Dunedin Mayor Dave Cull, also speaking last week, said it was ''not ideal'' to have a councillor locked in a dispute with the council that was costing ratepayers money.