Dog attack turns walk in the park into scary situation 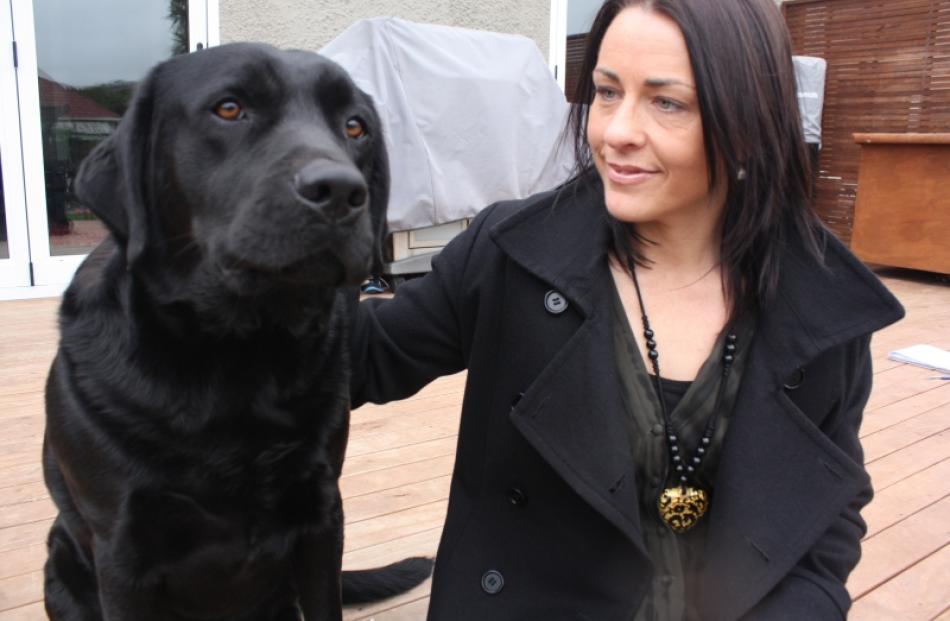 Sonia McGregor's dog Ali has recovered after being attacked by another dog at Kettle Park. Photo by Tim Miller.

A walk in the park with her dog turned into a nightmare for Dunedin woman Sonia McGregor after her dog Ali was attacked by another dog.

Soon after Ali had been let off his leash to run around Kettle Park, a dog, which looked like a pit bull, ran from the other side of the field and started biting Ali's neck, she said.

At first the owner of the pit bull thought it was playing with Ali but soon realised it was worse when Mrs McGregor tried to pry the dog off.

''At first I didn't know what to do and then I started hitting the dog but I was worried about my hands . . . It was very scary,'' she said.

People with potentially dangerous dogs needed to consider others before letting their dogs off a leash.

Ali suffered cuts to his neck and was taken to the Dunedin South Veterinary Clinic where he was treated.

The owner of the other dog was apologetic and gave Mrs McGregor his phone number but when she tried to call it was the wrong number.

''I'm not sure if he gave me the wrong number or in the heat of the moment I wrote it down wrong.''

Mrs McGregor had not contacted the Dunedin City Council but said she would soon.

Dunedin South Veterinary Clinic veterinarian Alistair Newbould said there had been a spate of animals coming to the clinic suffering from dog bites in the last month but it was not unusual.

''I wouldn't say there are lots of dogs running free attacking everything,'' he said.

Dr Newbould said the clinic did not contact the council but did encourage people to do so.

''Usually, if a dog has bitten another dog or animal, they are likely to have done it before or do it again,'' he said.

When an animal is bitten by a dog it should be taken to a veterinary clinic immediately because of the danger of infection, he said.

Ms MacGill said she had not noticed an increase in dog-attack complaints in the past two or three weeks and many people would not contact the council right away.

If people did not register attacks, it was hard for the council to do anything about them, she said.

Under the Act, dogs responsible for attacks on people or other animals can be seized and/or destroyed.

Any biting incident is considered unacceptable behaviour, no matter the size or breed of dog.

When in public, all dogs must be kept on a leash, chain or lead unless they are in a designated dog exercise area or a track or reserve that does not specify dogs needing to be on a leash.

All dogs except guide and helper dogs are prohibited from children's playgrounds, the marked playing areas of all sports grounds and all cemeteries.

A list of all areas where dogs are allowed, and all the bylaws concerning dogs, can be found on the Dunedin City Council website.