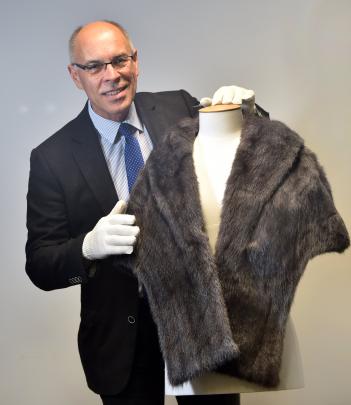 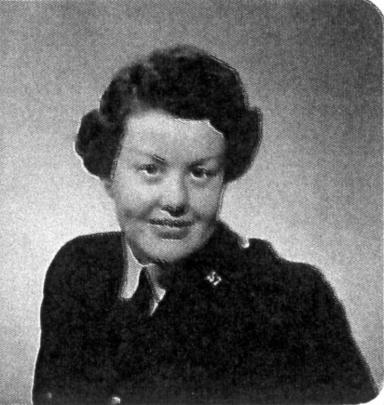 Fur stoles were not part of the uniform when Lenore Lawrence joined the police force in 1952 - and they still are not.

But the trailblazing Dunedin policewoman owned three, and one of them, an elegant sapphire marmot stole, has been gifted to the Otago Museum.

Museum humanities curator Moira White said it was exciting to welcome the piece into the museum's significant textiles collection, sharing the story of an important figure in Dunedin's history.

Policewoman Lenore Lawrence (W90), of Dunedin, was one of the first eight New Zealand female officers to wear the police uniform.

And, in 1956, she became Dunedin and the South Island's first female ''acting detective'', a position she held until her marriage to Vern Wilson in 1959 meant she had to leave the force.

That was how it was back then.

As the wife of Mr Wilson, a sales and marketing executive for Bruce Woollen Mills at Milton, Lenore Wilson was able to enjoy her love of fashion and entertaining.

And one of the items in her wardrobe was the sapphire marmot stole donated to the museum by Mrs Wilson's family after her death last September.

Capes and stoles were an important part of fur sales in the 1950s and 1960s, although demand dropped dramatically in the early 1970s.

''She was always well groomed and well presented, very particular about her appearance.''

The couple enjoyed cocktail parties and going out to dinner, perhaps at La Scala or the Savoy. It was a chance to wear fashionable clothing and his aunt would often wear a fur stole.

Although he did not recall seeing her with the marmot stole, Mr Lawrence said the family had photographs of her wearing fur stoles at various social functions.

His aunt had a really good sense of humour and used to tell quite entertaining stories about her time in the police force, having to go to Dunedin's red light area and deal with some of the women.

''It sounded like she was more of a social service,'' he said.

And there was another earlier family link with the Otago Museum, Mr Lawrence said.

His aunt's father and grandfather's company, Lawrence and Sons, had the construction contract for the Willi Fels Wing of the Museum.

''Lenore was a proud Dunedinite and would have loved to see such history being preserved for others to ponder the fashions of the day,'' he said.