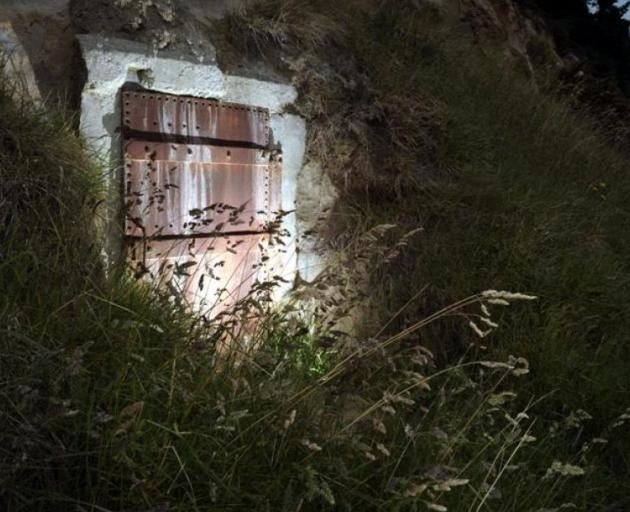 A rusted door embedded in a Dunedin cliff beside Shore St protects a short corridor leading to an underground chamber, inside which Maori prisoners were said to be held. Photo: ODT files
A widely believed urban myth surrounding Maori prisoners and a Dunedin cave has been debunked by recent research.

Toitu Otago Settlers Museum curator Sean Brosnahan has spent the past four years researching the story of Taranaki Maori prisoners being held captive in a cave in Shore St between 1869 and 1881.

No evidence was found to support the cave story and instead some evidence suggested the structure was not even built until the early 20th century, Mr Brosnahan said.

His full research was made public for the first time at a lecture at Toitu on Sunday.

"It might not be the final say on the matter but it's certainly more substantial than has been amassed in the past.''

The way the prisoners were guarded, documents from the time they spent in the Dunedin prison and information about who owned the land at the time all pointed towards the story being false, he said. 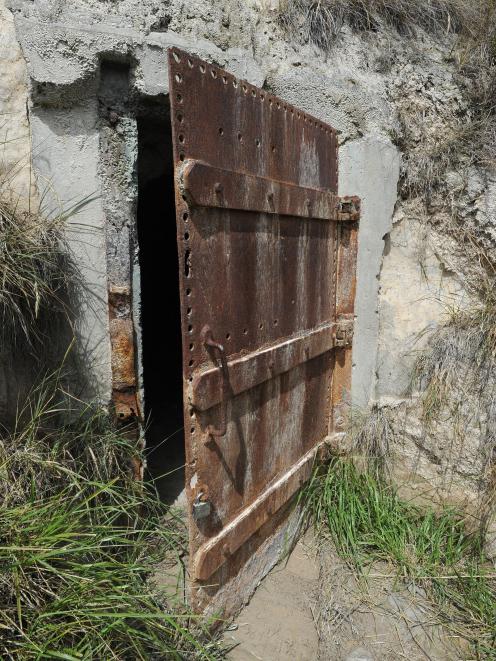 The door to a cave in Shore St, Dunedin. PHOTO: ODT FILES

There was also very specific evidence which related to the work done on the Andersons Bay causeway in about 1871 which suggested it was very unlikely the prisoners would have been kept in the cave.

"It's obviously hard to prove a negative and say something didn't exist but I can't find any evidence of it existing, but the various strands of evidence built up a strong evidential base.''

The evidence has been provided to Taranaki iwi and the descendants of the prisoners from Pakakohe and Parihaka so it could be critiqued and added to.

Why the cave was built in the first place remained a mystery and while there was some possibility it was used to store milk, Mr Brosnahan said he wanted to hear what other people thought.

It was unfortunate the men's time in Dunedin had been focused on the Shore St site when the prisoners made significant contributions to the city in other areas.

As well as labouring on the causeway, the prisoners worked on the Dunedin Botanic Garden's stone walls and the city road that was eventually named after them - Maori Rd.

Otakou kaumatua Edward Ellison had not had a chance to review the information in full but said from what he had seen the relationship Maori had with the caves had been overlooked. 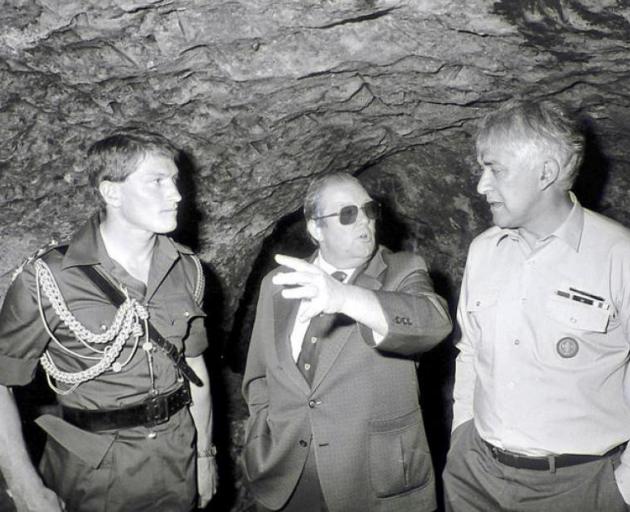 Former governor-general Sir Paul Reeves (right) inspects the chamber behind the Shore St door during a visit in 1986. Photo: ODT files
Mr Ellison was supportive of any research which discovered new information about the caves but the importance of the site to Maori needed to be kept in mind.

The cave is listed as a category 1 site on the New Zealand Heritage List and Mr Brosnahan had shared his findings with Heritage New Zealand.

Heritage New Zealand Otago-Southland area manager Jonathan Howard said if new information came to light about a place or site already recognised and it added information or changed how or why the site was valued, a review could be applied for.

Anyone wishing to apply for a review should contact Heritage New Zealand, Mr Howard said.

I understood it was a munitions or explosives bunker for the quarrying of the area. Never heard about the prisoner theory in 60 years af living in Dunedin