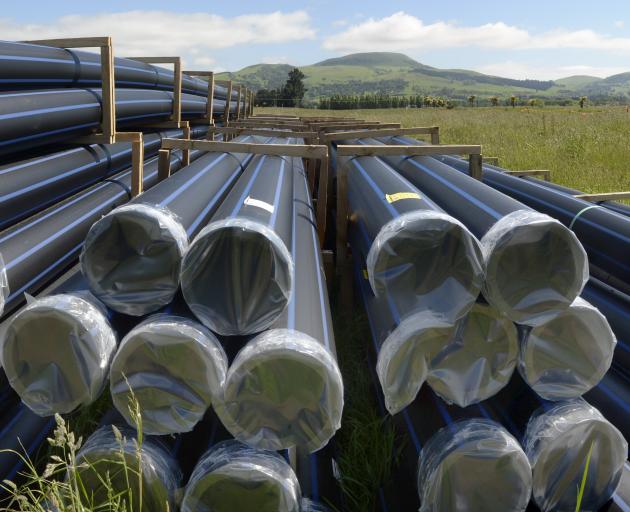 Road closures will apply to Apes Rd for much of the summer from Monday this week to enable the installation of water mains there.

Detours will be in place.

Laying 5km of pipes in Coast and McGrath Rds is set to cost more than $3.8 million.

Dunedin City Council infrastructure and development general manager Simon Drew said the project was separate from recent work in Karitane, which had nearly been completed and was funded by the Government.

About 6km of pipe was replaced in the town at a cost of $6.4 million as part of a government Three Waters stimulus package.

At Waikouaiti, a $6 million programme to replace 5km of pipes was accelerated in connection to a scare about lead in the water this year.

The first stage of the project to replace the drinking water main in Edinburgh St had been completed, Mr Drew said.

Water mains along side streets were temporarily laid above ground.

Burying those pipes was due to begin early next year.