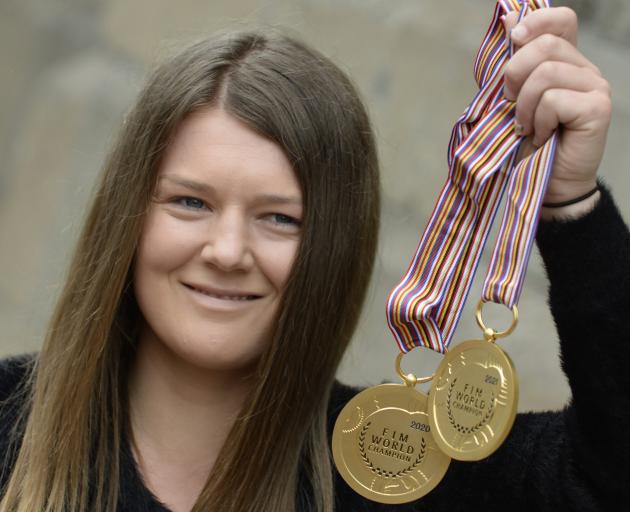 Courtney Duncan shows off the medals from her past two women’s motocross world titles in Dunedin yesterday. PHOTO: GERARD O’BRIEN
Courtney Duncan is adamant it was all worthwhile.

There were troubles getting a spot in managed isolation and quarantine.

She was stranded overseas, at her Southampton base, for two extra months.

When she finally got home, Omicron extended her stay in MIQ — which left her to spend Christmas in isolation.

It was a special Boxing Day when she finally saw her friends and family as she walked through the arrivals gate at Dunedin Airport.

As tough and frustrating as it had all been, that title had made the extra obstacles worth it.

"Being a world champion, for me, outweighs everything," Duncan (25), who had been away since July, said.

"The initial 10 seconds when you cross the line, knowing you’ve just become a world champion, I’d go through everything I’ve gone through, just for those 10 seconds right there."

Duncan’s win made her the third rider to claim three or more titles since the world series began in 2005.

Duncan is not chasing them — or any particular number of titles. 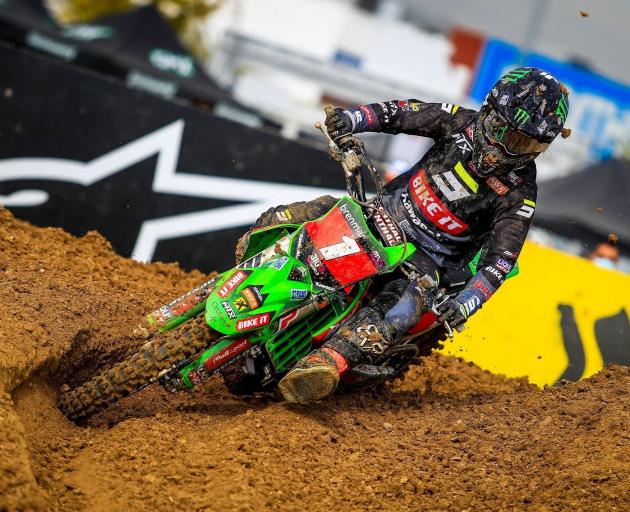 Duncan rides her Kawasaki KX250 during the FIM Women’s Motocross World Championship round in Spain in October. PHOTO: MXGP

Becoming one of the greats is where her focus now lies.

Winning a third title had been significant in her claim to being mentioned among that group.

"I’ve had some time to reflect now," she said of her most recent victory.

"I’m understanding that, for me, I’ve ticked off a small milestone.

"The third one is very special, more special than any of them, I think.

"To do it in a row is cool, as well. Although I feel like I’ve got a long way to go. I’ve got some big goals that I want to achieve in my career.

" ... I want to be great, I want to rack up heaps. But I think three is a special accomplishment in itself.

"I’m not chasing any particular number. But as long as I’m racing, I want to be winning.

"In that timeframe I want to see how many I can get and go down in history as one of the greats."

That quest for more would make her trip home a quick stopover.

Duncan was looking forward to the next two months at home.

However, she would head back overseas in late February.

That will give her a month of preparation before mounting her next title defence.