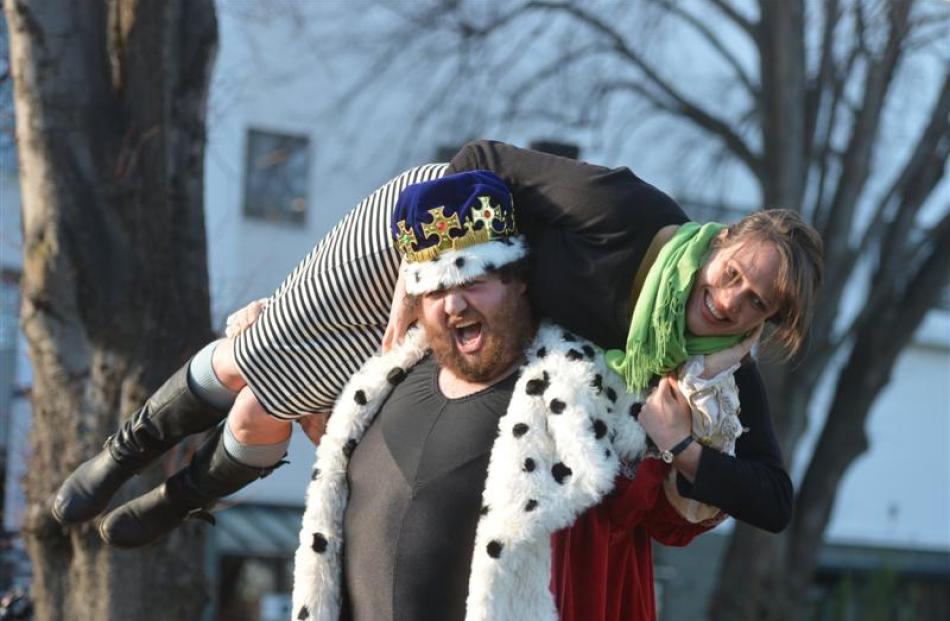 After years of neglecting his passion, a Dunedin wrestler is back in the ring.

''We had weather was that was not conducive to wearing Lycra,'' Ms Harwood-Stevenson said.

''It was freezing,'' actor and wrestler Wilbur McDougall said.

The documentary premiered at the International Film Festival in Auckland last month and can be watched online.

The film had been well received, Ms Harwood-Stevenson said.

The only complaints were from people wanting more, she said.

The good news was that the larger-than-life character played by McDougall could be returning to screens soon, if her application to NZ On Air was successful.

''Watch this space; come October there might be a web series happening,'' McDougall said the documentary was about being your best self.

He moved to Wellington in 2009, and found his calling in professional wrestling, becoming the character Wilbur Force, strutting around the ring and insulting the audience.

But to be close to his sick father, three years later he returned to Dunedin - a city without a wrestling federation.

''I didn't really have my mojo and [director and friend J. Ollie Lucks] saw and recognised that and wanted to put the boot up my bum and get my mojo back.''

The mojo had returned and McDougall was set to wrestle in Invercargill on Saturday.

The exposure he got from the documentary led to the invitation to fight.

On Saturday, he would wrestle as King Wilbur and hoped to unleash a new body slam signature move - the royal flush.