By John Lewis
0 Comments
When Tegan Good checked her phone to see who was texting her in the middle of the night, she was thinking: "This had better be important".

It was a message from an awards ceremony representative in Montana, United States, telling her she and partner Thomas Neunzerling had just won an award at the 2021 International Wildlife Film Festival Awards.

"Because of the time difference, I woke up kind of groggy, rolled over and looked at my phone and saw I had a message that we had won the award.

"I was just reading it, bleary-eyed, thinking, ‘what’s this?"’

The Dunedin duo won the best short film award for Nest 38, a film about a pair of banded dotterels — small plovers, native to New Zealand — and their attempt to defy the odds to raise their chicks on a surprisingly hostile Kaikoura beach.

The birds have been in decline because of cats, dogs and holiday campers invading their nesting grounds.

"Getting our film in the festival was a huge award already, but then winning out of the four finalists was even better," Miss Good said.

"We’re really excited. We didn’t expect it at all." 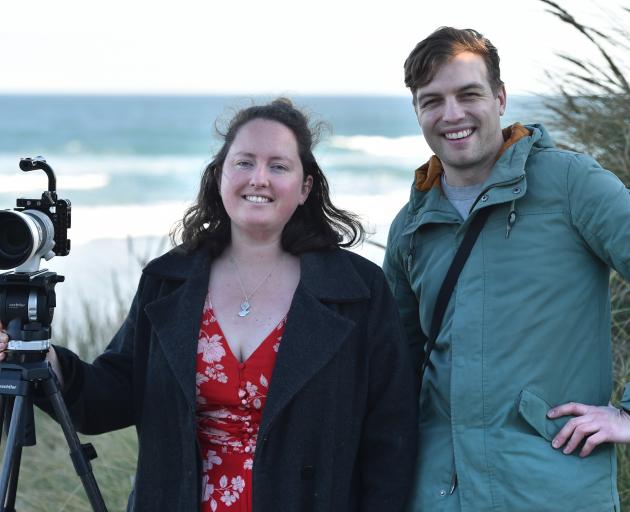 They were among more than 300 entrants in the competition, which were whittled down to 11 category winners announced on April 30, during a pop-up installation at the First Montana Bank building in downtown Missoula.

The winning titles were projected on to the wall of the bank building.

The festival exists to champion wildlife film-makers and inspire a new generation to challenge conventional expectations about how we conserve wildlife and habitat.

For the first time in the festival’s 44-year history, a student film was selected for the Best of Festival Award.

For three years in the 1960s, June Nelson and her late husband Bryan called it their home, studying the birds and their behaviours.

The short film was built around Mrs Nelson's reflections on experiences with her husband among the gannets.