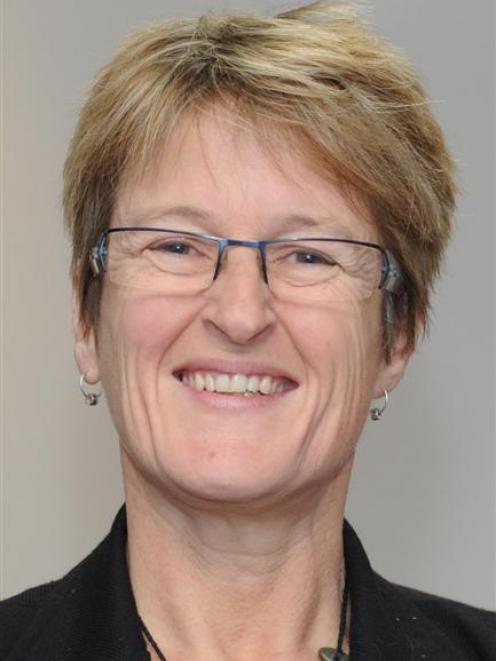 Sue Bidrose.
A $2.5 million Dunedin City Council scheme to warm up Dunedin houses is on hold and its future possibly in question, after unforeseen financial implications were discovered.

The council is to reconsider its Eco-house retrofitting programme - to assist people insulate and heat their homes - after it discovered it might cost ratepayers more than expected for insurance and health and safety costs and that there are hardly any Energy Efficiency and Conservation Authority (EECA) subsidies left for low-income people.

Under the council's proposed programme, people eligible for EECA's Warm Up New Zealand subsidies to install insulation or heating could borrow up to $5000 capital from the council to further subsidise the cost of installation.

A year-long trial of the scheme was supposed to start on July 1, but now councillors are to make a decision next month on the future and shape of it after staff looking into the financial implications more closely found that, for participants, there were potential double-ups in GST costs, and for the council, potential increased insurance and health and safety costs.

The trial was intended to involve up to 500 ratepayers, who would repay the money to the council over 10 years, at a 7% per annum interest rate to cover the council's borrowing costs, through a targeted rate on the property.

About 65 people have indicated to the council they are interested in taking part in the trial scheme, but, until Friday, had received no further information on the scheme.

One frustrated ratepayer contacted the ODT fed up that he had received such conflicting information from council staff about when the scheme would be operational, that it seemed to be "a complete shambles at the very least".

General manager, city strategy and development Dr Sue Bidrose this week moved to reassure people that at this stage the scheme was continuing, and although its future was in councillors' hands, it was something they had felt strongly about and had backed for a long time.

It was always intended to investigate the implications of the scheme further after the money for it was confirmed in the 2012-13 budget, she said.

The crux was that councillors had signed off the scheme on the basis there would be no cost to the general ratepayer and staff had since become concerned that people who signed up for the pilot scheme might, through a technicality, be charged GST twice and that insurance costs would rise to cover the general liability on the targeted rate.

Further advice had also identified the council's responsibility for health and safety issues, and their likely associated extra costs.

When the scheme was approved, councillors were under the impression the trial would be aimed at those most in need and provide insulation for those in the low income category.

EECA, however, allocated low income funding by service provider, rather than council or region, and some of those providers were running out of low-income allocation.

Funding for installation of heating had also become "extremely limited" across the country, and it was now unlikely anyone would be able to obtain a heating subsidy through the council's pilot scheme.

Dr Bidrose said yesterday the council had not rushed into the scheme without the full information. Rather, things had changed "in Wellington" since earlier this year.

Following the discovery of the potential extra costs, staff looked at what other councils were doing and were to recommend the council adopted the Greater Wellington Regional Council's model, which addressed some of the concerns, such as the double charging of GST, and would allow the council to sign up service providers that might be able to provide more allocations of low-income funding from outside the Otago area.

Councillors would be presented with a report on the changes to the scheme and the options for its future next month.

It was possible discontinuation of the scheme would be one of several options put to councillors, Dr Bidrose said.

A letter explaining the situation was sent to all those who had indicated interest in the scheme, last Friday.