Dunedin lasses hoping to put rivals in a jam 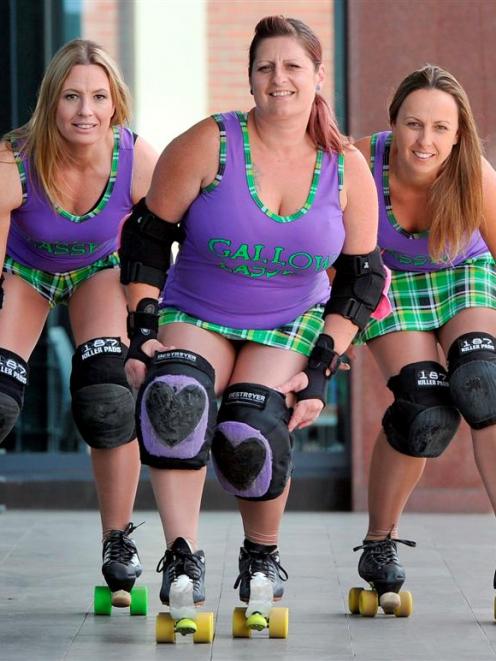 But come game time, with boots, pads and helmets strapped on, these girls are a little more spice than sugar.

Nicky ''Nicki Noxious'' Reynolds, Kat ''Diva DemolisHer'' Geeves and Karen ''OrKazzMic'' McDonald have been selected for the New Zealand roller derby squad, to compete in the world cup in the United States this year.

''This is the result of three years of really hard work, culminating in making the New Zealand team, so it's pretty awesome,'' Ms Geeves (38) said yesterday.

The trio play in the Dunedin roller derby team, the Gallow Lasses, which was established at the Edgar Centre in March 2010.

''It can be a rough-and-tumble sport, but I actually really enjoy the strategy of it,'' Ms Reynolds (33) said.

''But the best bit is the sisterhood and camaraderie.''

Only five South Island players were selected for the 30-strong national squad, after a trial in December.

''We're basically self-taught down here. Roller derby is much stronger in the North Island, but the calibre is getting higher all the time here,'' Ms McDonald (38) said.

''There's nothing else like it. It's more of a sisterhood than a sport.''

Roller derby is also being considered for inclusion in the 2020 Olympic Games.