Dunedin man leader of the clan 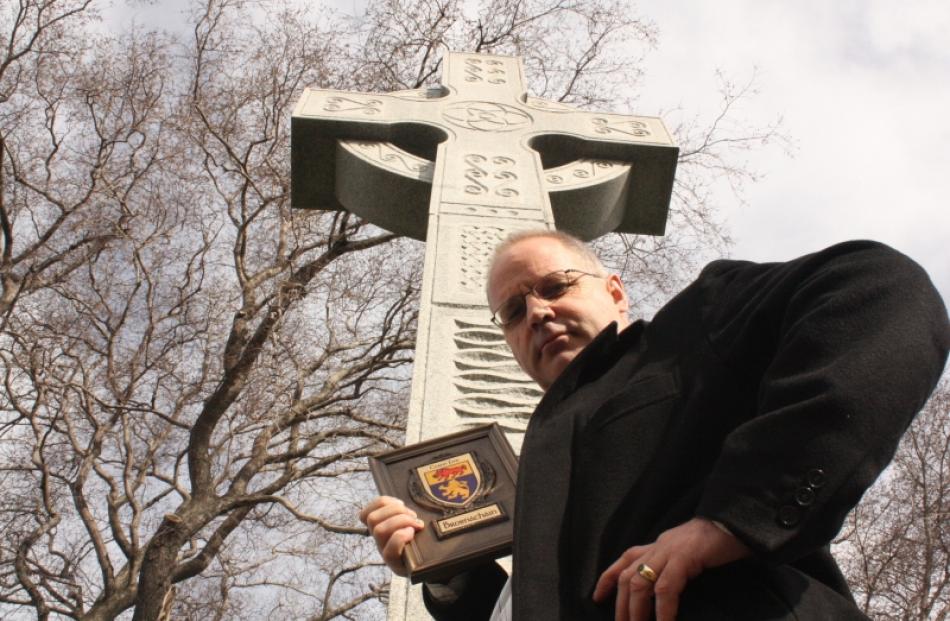 Dunedin man Sean Brosnahan now holds the title of Ceann Finn (Clan Chieftain) of the Brosnan clan after being given the title last month. Photo by Tim Miller

Dunedin man Sean Brosnahan came back from his last trip to Ireland with more than just souvenirs - he also came back as the head of his extended family.

Mr Brosnahan was announced as the Ceann Finn (Clan Chieftain) at the Brosnan Clan Gathering in Ireland last month. The Gathering is an initiative that aims to bring people of Irish heritage back to Ireland for local festivals and family gatherings.

Being named the Clan Chieftain came as quite a surprise, he said.

''We were at the big banquet and they said they were going to announce the Ceann Finn and they started to talk about this person and why they were chosen and then I realised they were talking about me.''

In Irish history, the Ceann Finn was the leader of a clan or family who made sure they were protected against other clans and diseases such as the plague.

''I did ask if there would be any obligations but the main role is to uphold the honour of the clan.''

With other, more notable, family members - including former James Bond actor Pierce Brosnan - Mr Brosnahan said he was surprised but very honoured to have been given the title.

One of the reasons behind him being chosen was the work he had done on the family history, he said.