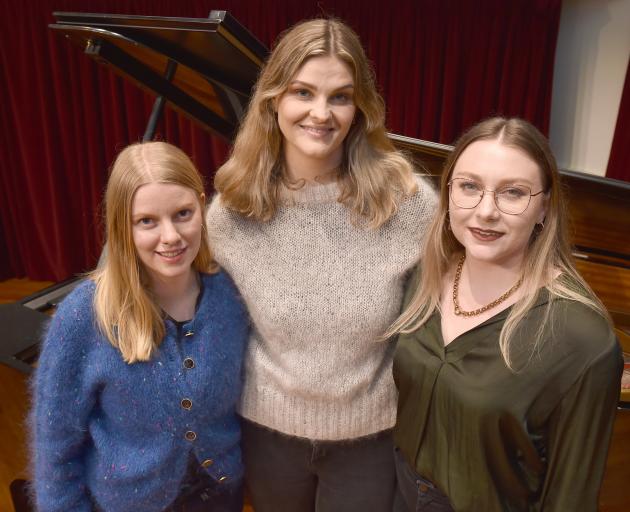 Three Dunedin singers have expressed shock and pleasure after finishing first, second and third in a national aria competition.

The result came at the Dame Malvina Major Foundation aria contest, held in the Christchurch Arts Centre on Sunday evening.

Winning singer Erica Paterson said she was in a little bit of a daze when she was named the winner.

‘‘It’s a bit of a whirl being in an aria competition. Everything kind of happened so fast and you don’t have a lot of time to process emotions.’’

Although she took lessons in high school, she started singing seriously upon starting a music degree at the University of Otago in 2016.

She sang pieces by Dvorak and Bernstein, which she chose because of the juxtaposition of a more classical song and a more theatrical contemporary opera.

Runner-up Olivia Pike said the standard of competition was high throughout the weekend, which made the result feel more rewarding.

It was exciting to be part of the Dunedin line-up, and she said the three of them had links through studying music at Otago University.

Third place recipient Rhiannon Cooper said her performance went unexpectedly well and the quality of the other finalists was incredibly intimidating.

‘‘I think I was hopeful [of placing well], but I really was surprised to be third ... there were seven fabulous singers.’’

Ms Paterson’s winning performance stood out because her voice was ‘‘well polished’’, and she was engaged in what she was singing about.