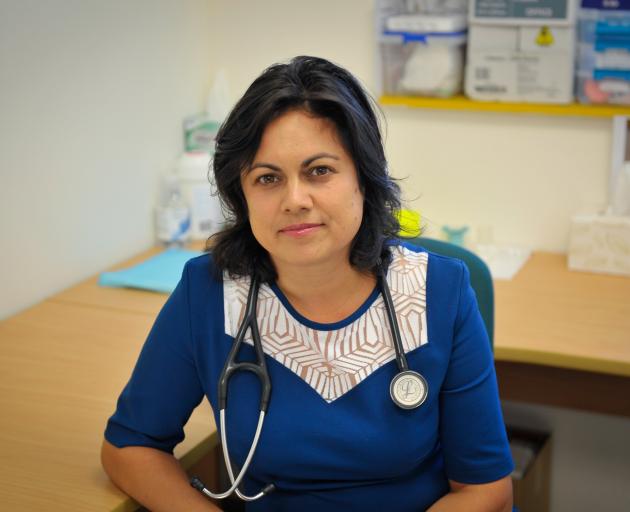 Ayesha Verrall: "... what has happened in Otago is unacceptable." PHOTO: SUPPLIED
The Government has ordered a rapid review of the health response to lead contamination in the drinking water supplying Waikouaiti and Karitane.

"New Zealanders have every right to expect that their drinking water is safe; what has happened in Otago is unacceptable," Associate Health Minister Ayesha Verrall said.

A week ago, people living in Waikouaiti, Karitane and Hawksbury were asked not to drink tap water after an elevated level of lead was found in a raw water reservoir.

The review would report directly to director-general of health, Dr Ashley Bloomfield, and panel members and the terms of reference would be released shortly, Dr Verrall said.

“While it is vital that we understand how levels of lead contaminated the water, we also want to review our overall health response to the situation.

"The independent review will look into how the health system, including local and central government health agencies, responded to the situation and how the risk to public health was subsequently addressed."

After the drinking water notice was imposed, it was discovered that a spike in lead measurements, of 40 times the acceptable level, was detected last year.

“Ultimately, we want to reduce the risk of this happening again and inform the ongoing response," Dr Verrall said.

"I expect the director-general to report back to the Government on the preliminary findings and suggested actions by March."

The review was ordered the same day that blood testing of an estimated 1500 affected residents started.

Southern District Health Board medical officer of health Dr Susan Jack said there had been a great response to the board’s call for people to have their lead levels tested and 282 people were tested yesterday.

The first batch of results was expected in two to four days, and collated results would be released for discussion at a community meeting in a fortnight.

Test results might help to establish the cause of the lead reading spikes in the water, Dr Jack said.

"As part of the testing, everyone is doing a questionnaire that will look at their specific risk factors, where they live, what sort of water supply they are on, if they only drink tap water from the local supply, if they have any hobbies or occupation which might lead to an elevated level, and putting that all together."

A testing clinic operated by WellSouth will be open daily in the East Otago Events Centre until Friday, and the hui room at Karitane Old School will also be used for testing tomorrow.

Dr Jack said that everyone had some level of lead in their body due to environmental factors, and the tests were looking for abnormal levels of the metal.

Even if those were found the cause need not necessarily be the town water supply, as there may be other factors to consider, such as exposure to lead-based paint.

"Most people have very low levels of lead in their blood, that is completely normal as people have exposure from all sorts of things over the term of their lives, so older people tend to have slightly higher levels than children," she said.

"Any results over and above that may indicate a problem with exposure to lead in the community," Dr Jack said.

Anyone with very high levels of lead would be referred for further medical care.

Meanwhile, the Dunedin City Council said it planned to drain the Waikouaiti reservoir next week and test sediment in it for lead.

Three Waters group manager Tom Dyer said at this stage the council did not believe lead joins in old pipes had caused intermittent high lead readings in the water.

"We are still taking a close look at other potential sources, including contamination in the wider catchment.

"Our work so far has confirmed the presence of lead joins in very old cast iron pipes in the Waikouaiti network, and work is under way to replace these pipes."

The DCC expected to replace about 4km of pipes over the next few months to remove one possible source of contamination from the water network, Mr Dyer said.

Interim test results on water samples taken on February 4 and 5 showed low or non-detectable levels of lead in the water.

"We have ramped up our testing of the network in Waikouaiti and Karitane to daily tests, to better understand the nature of the problem, and launched a separate full catchment survey, testing for a range of contaminants across the wider catchment," Mr Dyer said.

The DCC would work with property owners to ensure water tanks are refilled with safe water once the supply was re-established and the "don’t-drink" notice was lifted.

An Otago Regional Council spokesman said water test results from the Waikouaiti River were due back on Friday. 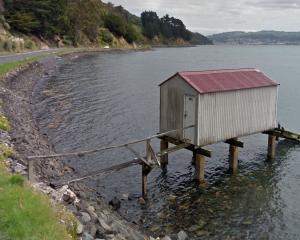