Efforts made but tragedies continue

By Daisy Hudson
2 Comments
The death of a student at a large flat party has thrown Dunedin’s student drinking culture into the spotlight. Daisy Hudson reports.

Young people packed in like sardines, trying to push their way through the crowd while not losing their mates as they attempt to move around the dilapidated old building. 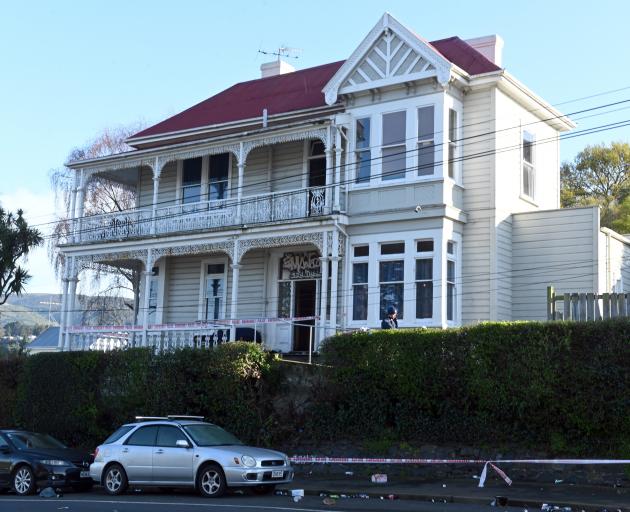 It was a typical big Dunedin flat party. Hundreds of people keen to give legendary student flat The Manor one last send-off before the University of Otago took over its lease.

Sophia Crestani
The booze was flowing, the music blasting.

That has been one of the recurring themes from those spoken to about last weekend's party - it was just like any other, until suddenly, it wasn't.

By the early hours of Sunday, Dundas St was awash with blue and red flashing lights, police tape was being strung up around the flat, and a young woman was dead.

The details around the events leading up to the death of second-year student Sophia Crestani are still murky, but witnesses say something sparked many revellers to move down the stairs and out of the flat at the same time.

People started to fall, causing pile-ups and panic. Reportedly underneath the crush of people was Miss Crestani, who could not be rescued until it was tragically too late.

The glass, rubbish and discarded shoes had barely been cleared away from the footpath out front before people started to ask how such a tragedy could be prevented from ever happening again. 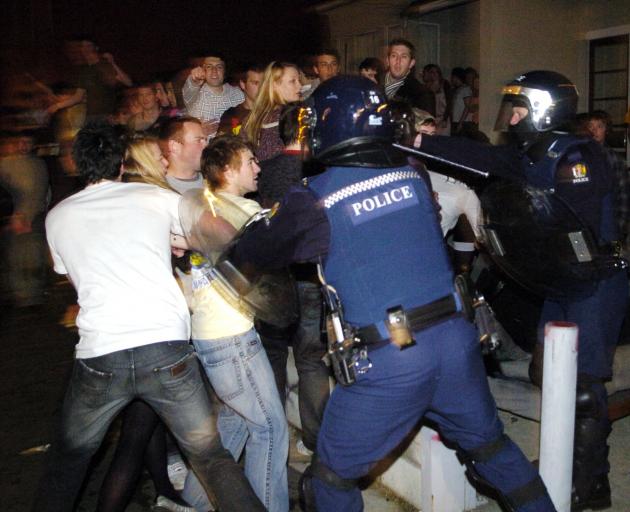 Revellers clash with police following the Undie 500 in 2008. PHOTO: GERARD O’BRIEN
There have been several high-profile incidents at large student gatherings in the past, from the riots at the end of the Undie 500 to a balcony collapse at the Castle St Six60 gig in 2016.

The infamous Hyde St party was overhauled and became ticketed after its 2012 iteration, when 80 people were hospitalised and a roof collapsed.

Then there are the countless initiations, Orientation and Re-Orientation, red cards and games of Possum.

So much of the student calendar revolves around activities that exist, at least in part, for the purpose of consuming large quantities of alcohol.

But it could be argued there have been marked improvements in recent years. The Undie 500 was scrapped, police in riot gear are no longer a common site in the student area, and many of the more dangerous student initiation rites have been banned.

Many of those directly responsible for, and affected by, Dunedin's student population either refused to comment or did not respond to requests at all.

The most glaring refusal came from the University of Otago itself.

A spokeswoman did provide a copy of its 2010 submission on the Alcohol Reform Bill, where it called for minimum prices per standard drink, crackdowns on alcohol advertising, and tighter trading hours.

It has also boosted its pastoral care efforts in recent years, and pours money into Campus Watch. 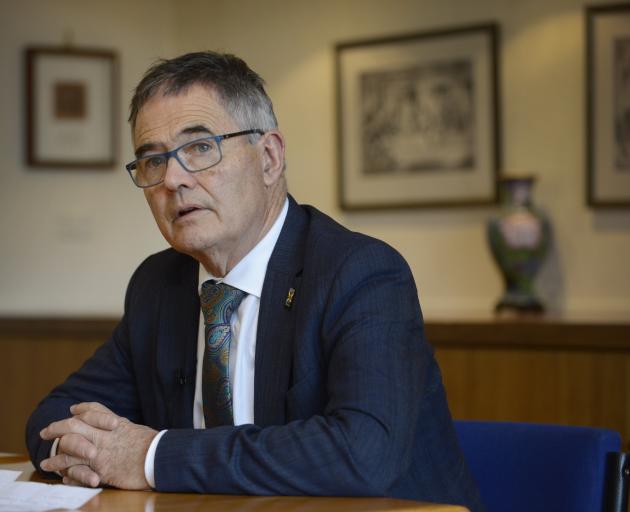 But veteran former Dunedin police officer Al Dickie, who resigned in 2017, said police were often dealing with "drunken larrikins" in the student area.

From 2006 to 2010 he was the police emergency response commander, which brought him into constant contact with students "in a negative vein due to their inability to drink responsibly".

"The police had to avoid the missile mania with full bottles of beer, furniture and even computers being lofted at the police, some causing serious bruising to some staff."

He was surprised the Hyde St party was still allowed to run, and that it had support from the university.

"I had occasion to work at the Hyde St party a number of times and was involved in removing a number of young ladies who were completely comatose, defenceless and vulnerable, and requiring hospital assistance."

As well as shutting down parties like Hyde St, he believed raising the legal drinking age to 20 would be a good start in slowing the youth drinking culture.

But, he conceded, it was only a small portion of the city's 20,000-odd students who actually caused problems.

Departing Dunedin Mayor Dave Cull saw Hyde St as something of a success story, as students had taken the initiative to regulate an event that attracted large numbers.

"If overcrowding and density at parties is identified as an issue and risk, then part of the solution will be found by the students and the student association themselves. 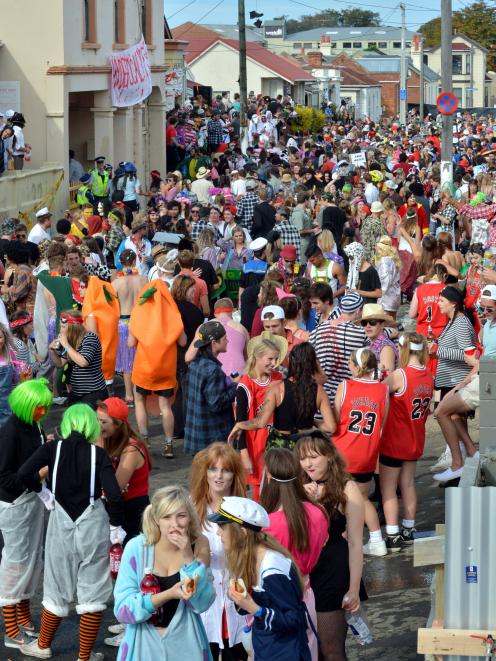 The Hyde Street party, pictured here in 2015, has been hailed as an example of students working to make their events safer. PHOTO: GERARD O’BRIEN
"They will obviously need and want support from the university, but it's not something that will be able to be imposed. It needs to be something, as with Hyde St, that is embraced by the students themselves."

Mr Cull saw two main causes of disorder in the student area: the sheer number of students confined to one area, and the cheap price of alcohol at off-licences.

"We have a situation where corporate profits are put ahead of community wellbeing, in terms of alcohol, because we know that availability and pricing can be used to reduce alcohol consumption."

Both were things the council tried to address in its local alcohol plan several years ago, to no avail.

He said the attraction of the "scarfie" culture still existed, and that was not necessarily a bad thing.

"Whenever we get a tragic event like this - it was the same when that young woman was killed when she went down Baldwin St in a wheelie bin - the question's asked: 'will parents be keen to have their kids come to Otago?'

Otago Polytechnic Student Association president Nathan Laurie said his initial reaction to hearing about last weekend's incident was that "600 is an insane amount of people to be put on to one property".

"I wondered what sort of safety plans were in place, what contingencies they had considered."

Parties on the "iconic" students streets tended to be spread across several flats rather than being constrained to one, which usually prevented overcrowding, he said.

He felt students and the tertiary institutions had already started to regulate events more in the past few years, and an even closer partnership would improve safety even further in the future.

His Otago University Student Association counterpart, James Heath, did not respond to a request for comment.

This will not be published, Cull take a look back when you and others wanted to and did stop bottle stores in North Dunedin, restricted or tried to restrict Bars in the Northern end of Dunedin, Hello yet again you and others never listened to people, lots said it will push the drinking under ground and encourage more parties where as bars are monitored by police, they know where the bars are to monitor them. Parties can be anywhere. It is not just overcrowding they needs to be addressed, People in positions like you were need to listen to people and not dismiss peoples suggestions with your smug smirk as thou you are an old headmaster of a school and how dare people speak back to you.

Parents want to share 'the Dunedin experience'. That is not a good reason to ignore Universities closer to home.

It's not a time to grumble about past student behaviour, Mr Dickie. It is a time to investigate the tragic death of Sophie Crestani.