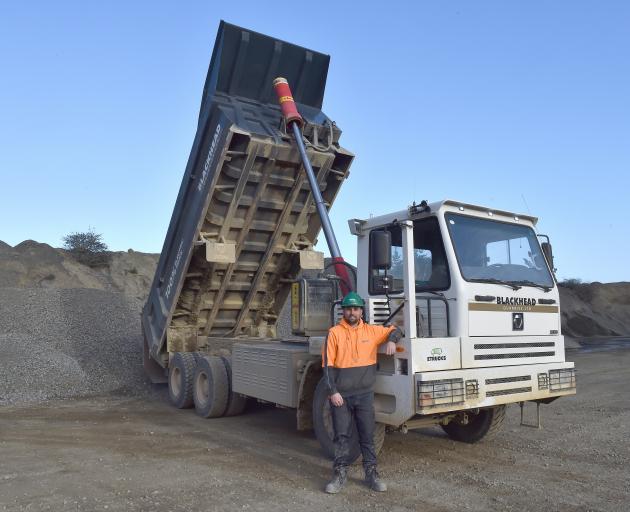 The Dunedin quarry’s XCMG electric mining dump truck, the first of its kind in New Zealand, carried a 30-tonne load, compared with 20 tonnes on the diesel equivalents, Mr Hunter said.

The electric vehicle was slower and it had presented some headaches, but it did the job, he said.

"I don’t know how ‘saviour of the world’ they are, but for us it works because we get so much regeneration coming down the hill, we power it ourselves essentially, it’s just a bit of top-up.

Every three days, when the battery dropped to 50%, it would be charged at the quarry’s on-site charging station for the cost of about $12.

Compared with the diesel trucks on site that were running through about 90 litres of diesel a day, it was a noteworthy saving.

There was nothing inherently wrong with the machine, it was more that Blackhead Quarries’ mechanic faced unknowns when fixing issues.

Fans had been installed on the side of the battery bank to keep the batteries from getting too hot because that caused the machine to lose performance, Mr Hunter said.