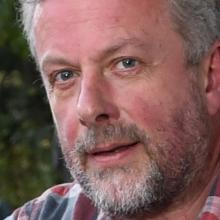 One of the staff members had been reduced to tears by the email she received, and other staff had also been upset by its contents, he said.

Cr Benson-Pope said the complaints to Dr Bidrose registered his concern, but sidestepped a more formal code of conduct process, as that had not worked in the past.

"The code of conduct might be a very fine thing, but in terms of enforcing acceptable behaviour, it's worthless."

The nature of the emails were confirmed by others spoken to by the Otago Daily Times yesterday, including Mayor Dave Cull and Cr Kate Wilson.

Cr Vandervis did not respond to ODT requests for comment.

The complaints emerged as the council released a proposed new email "quarantine" policy, designed to protect council staff from abusive content, which would be considered at next week's council meeting.

The policy could prevent the senders of "abusive, offensive, vulgar or intimidatory" content from being able to email council staff directly.

Those in breach would be quarantined, initially for six months, and their messages diverted to a privacy officer, who would screen messages and only send through acceptable parts.

Members of the public, council staff or councillors could all be quarantined under the new policy, although criticism of staff - without accompanying name-calling, abuse or accusations - would not constitute a breach.

Council chief executive Sue Bidrose would not be drawn on what prompted the new policy yesterday, except to say she needed to meet her obligations as a good employer under health and safety legislation.

However, Mr Cull went further, saying the proposed policy had been prompted by recent emails from Cr Vandervis to staff.

"It [the policy] certainly won't be aimed only at Cr Vandervis, but it would be fair to assume that recent emails from him have enhanced the need for this kind of mechanism."

The new policy came weeks after it emerged Cr Vandervis had been sending angry emails to council staff, demanding answers over a stalled investigation into a possible merger of the DCC and Otago Regional Council.

Cr Vandervis had pushed for the investigation in 2017, but staff had later de-prioritised the work, stalling its progress.

That led to a controversial move earlier this month, when Cr Wilson forced an immediate vote - without debate - on a motion to withdraw support for the investigation.

Cr Vandervis was accused by Mr Cull at the time of harassing Dr Bidrose in emails, and other female staff in person, reducing some to tears.

It also emerged yesterday the notice of motion tabled by Cr David Benson-Pope to withdraw support for the unitary council investigation breached council standing orders, as it lacked the required signatures to be considered.

That had prompted a flurry of further emails between Cr Vandervis and staff this week, as well as a revised motion to be considered at next week's meeting, again withdrawing support for the investigation.

'Demanding' answers; a bit grandiose. How does he know they have answers?

Come on Potocki d' Anti Nazi Resistance the rule of thumb and professional thing to do is to reply saying I'm sorry I can't provide an answer for you at the moment, but I'll endeavour to get back to you by xx of a time. then you set a reminder in Outlook to reply. It is not rocket science. or get it tabled at the next meeting so all are on the same playing field, instead of sweeping things under the mat like Cull and obviously Bidrose likes to do. Maybe Cr Vandervis isn't invited to the pre meetings I've heard have been held were they decide how the main meeting will run.

The tyrants must love the concept of "hate speech". It allows them to muzzle any of their opposition on a whim. Just take offence and you've got a trump card. Politics comes with it the necessity of offence, at some level.

Trouble is, naive wielders of this darkness know not what fire they are playing with.

Lenin rolled out hate speech laws upon commencing his revolutionary rule. He deleted all laws, other than this one. All who were considered to talk and think in opposition to the cultural revolution were to be punished. Then they began to terrorise the world. 100 million dead. That is the lesson of the twentieth century, so let us not learn it again.

Can you distinguish between historic macro and present meso? The story is about a municipal authority in the South of NZ, not Petrograd and the Bolshevists. Randians are renowned for missing the point on the long bow. I fear you may be one.

Organisations attend to Health & Safety and are bound to by law.

Pathetic. The over-sensitive being used by the intolerant as a pretext for ushering in 1984.

And bursting into tears is not an appropriate response to being told you're not doing your job properly.

The current political climate that encourages the premise that we need motherly protection from what others say, smells to me too much like the erosion of “freedom of speech”. Our bureaucracies have grown massively in size, power, and control of our daily lives. Those of us that have had to deal with them have been frequently frustrated that, as individuals, we are powerless.

A question worthy of consideration is “what changes could be made to our bureaucracies to make them better service their customers and decrease the frustration they add to the lives of ordinary citizens?”

When councillors are direct, blunt, and demanding of our bureaucrats, should that be stifled or encouraged?

Any time your reporters want a comment on Cr Vandervis make sure you ask Mayor Cull, we know what a fair and balanced attitude he has to Vandervis!
Is there anything else to the story, for instance is the councillor trying to get something done that is of importance to Dunedin people but getting nowhere, like when he kept trying to get action on the mudtanks that were not cleaned out for years? Is he constantly frustrated by work not being done and slackness being protected while he is demonised for doing his job for the people who elected him? Less superficial reporting please, ODT.

It is very simple. A group of people decided to pervert democracy and not investigate the merger of the two councils. Those people are too gutless to admit their immoral and maybe illegal actions.
Cr Vandervis is trying to get to the truth. And we have a bunch of people, both councilors and council staff, refusing access to the truth.

Would people break down in tears if they were asked questions by police or an anti corruption inquiry? Maybe. But that is what is needed. The people of Dunedin are being lied to on a regular basis by people attempting to cover this up. It is past time for the truth to be told.

It makes me question the integrity of all councilors while so many are attempting to stifle Cr Vandervis. Even though I am sure some of them think they are working on the "right" side.

Again KeithMcC 100% correct and well said,I'd love to see an audit of the council that is open honest and available to the public.

The idea of a "quarantine" of a councillor is deeply anti-democratic. For better or worse, councillors are elected representatives and as such have a fundamental right to communicate with all council staff directly. This right should only be curtailed in the most extreme, and publically transparent, circumstances.

There has been a lot said about Mr Vandervis' emails, but not many specifics. They've been described as "abusive and totally offensive..." well please don't tell us, *show* us so we can judge for ourselves whether they were really abusive or just robustly and reasonably holding someone to account for, say, incompetence.

I suspect if the emails really were offensive the contents would have been leaked or released already (and perhaps we should request their release under the Local Government Official Information Act, if possible).

My impression is that this is all an attempt to muzzle Mr Vandervis and we have no evidence, other than the say-so of his political opponents, that it is justified.

So two female staff, one of whom cried, were upset by emails and then showed them to Mayor Cull and Crs Wilson and Benson-Pope. And Cr Benson-Pope made a complaint to the CE but did not use the standard (and correct) procedure i.e. a Code of Conduct complaint because ‘that hadn’t worked in the past’.
The Code of Conduct is part of Standing Orders so if it is ‘not working’, it needs to be fixed, not ignored. The DCC has a fair process for this now which pretty much stops Code of Conduct complaints being misused politically - an independent assessor.
Crying over something is not necessarily an indication of its severity - it might just as much be an indication of the person’s sensitivity. And I wonder in these days when ‘girls can do anything’ why these female staff members needed a man or even anyone else to make a complaint on their behalf and didn’t do it themselves. Perhaps it’s merely Cr Benson-Pope who finds Cr Vandervis offensive. It’s quite likely from my observations at council meetings that the reverse is also true. Well-done that your reporter used quote marks to indicate allegations, lest they be confused with established facts.

Yep agree any company / organisation has a procedure to handle such things it doesn't need a wannabe knight or protective grandfather with tennis balls in hand to be the a hero and to barge in to save the day, it has opened it all up, made public where the matter should have been privately investigated until the outcome was decided. It has made it look like a witch hunt for Cr Vandervis.

"It [the policy] certainly won't be aimed only at Cr Vandervis, but it would be fair to assume that recent emails from him have enhanced the need for this kind of mechanism."
We know exactly who this "quarantine" is aimed at and we know exactly who is pushing it, you can bet it won't be used on anyone that is in bed with cull and his cohorts and it was 'designed' for only one counselor to shut him up.

"Those in breach would be quarantined, initially for six months, and their messages diverted to a privacy officer, who would screen messages and only send through acceptable parts".
Who will deem what is and isn't acceptable?, likely cull or one of his cohorts, how is that open and transparent.
"Council chief executive Sue Bidrose would not be drawn on what prompted the new policy yesterday, except to say she needed to meet her obligations as a good employer under health and safety legislation".
Who pays your wages bidrose (hint) the rate payer ... anyone who pays your wages is your employer, would pay for you to remember that, can't have the staff dictating terms and conditions to their employer.

Mr Vandervis just as much has every right to treat inaction of council as "abusive, totally offensive" or "burst into tears" because of frustration. Will this result in new rule to fast track the matter if someone gets upset? If not then why?