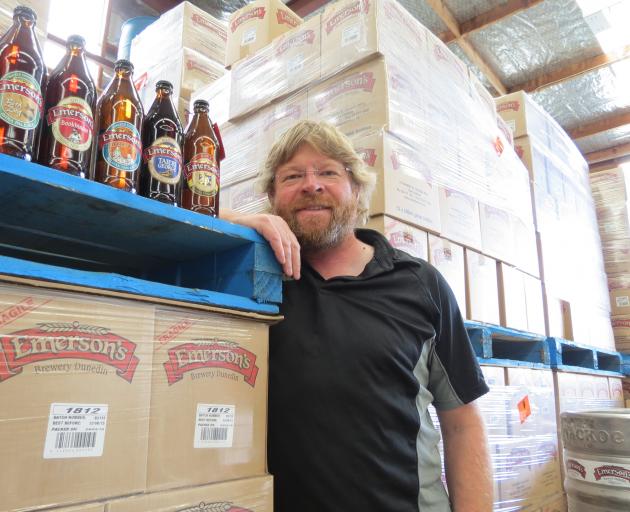 Dunedin brewer Richard Emerson's product is in hot demand due to the warm weather. Photo by Jonathan Chilton-Towle

Recent hot weather has sent beer consumption soaring, as Emerson's sales increase by 140%, causing havoc for brewing giant and parent company Lion, which is struggling to keep up with demand.

Lion has fallen behind on deliveries across the North Island and sales are up 20% on last year, Lion spokeswoman Genevieve O'Halloran said.

The supply issue was widespread, she said, effecting deliveries for soft drink also.

"Summer arrived with a bang - it's like a light switch has been flicked, and that's the key reason demand has shot up," she said.

"The market is growing 1% over the year and in the last couple of weeks we've seen demand spike 20% compared to the same period last year, and the orders coming through to our warehouses are up 40%."

Lion's Emerson beer sales are up 140% compared to last year and Panhead brews up 60% and Corona sales up 50%, O'Halloran said.

It had increased staff working on logistics, extended delivery hours and staff were working late nights, weekends to rectify the problem, she said.

"We set high standards for ourselves and we are really upset and disappointed to be letting our customers down.

"We are doing everything we can to make sure that we manage this issue."

O'Halloran said Lion was making good progress on the issue.

Although the company had planned for the summer trading period, O'Halloran said it hadn't anticpated such strong demand.

"We always plan for a spike in demand going into Christmas, going into summer, but it doesn't usually arrive with such a bang," she said. "It's an unprecendented run of really good weather, which has really driven up demand."