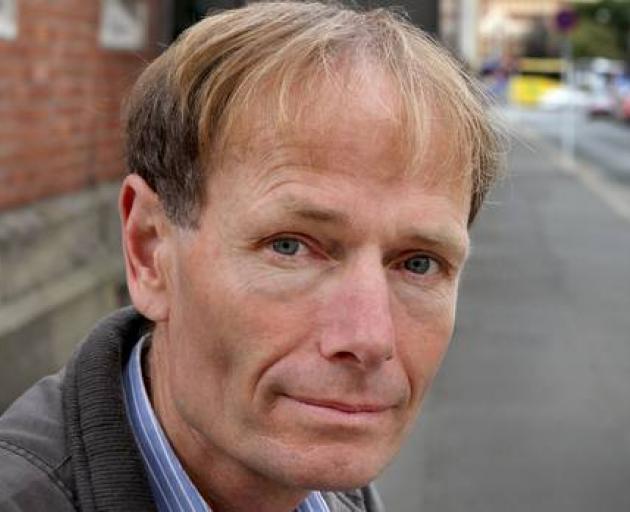 Sean Davison pictured in 2011 at court in Dunedin has now pleaded guilty to three cases of assisted suicide in South Africa. Photo: NZ Herald
Euthanasia advocate Sean Davison has been censured and had his registration cancelled for not disclosing details of murder charges he faced in South Africa to New Zealand medical authorities.

Mr Davison, who made headlines in 2011 when convicted in the High Court at Dunedin for counselling and procuring the attempted suicide of his terminally-ill mother Patricia Davison, had successfully applied with the New Zealand Medical Council in 2018 to work only as a medical laboratory scientist.

At the time Mr Davison applied to be registered the council, aware though media reports that Mr Davison had been involved in another assisted suicide in South Africa, asked him for further information about "what you have done in the intervening years [since
his 2011 conviction] which could give the council assurance that this was a one-off offence and you would not propose a risk to the public in general?"

Mr Davison replied that he had campaigned "in a dignified manner’’ for a law change on assisted dying, and that would not impact adversely on his role as a health practitioner.

However, Mr Davison had been involved, to varying degrees, with three different assisted suicides in South Africa, offences for which he was arrested three months later and charged with murder for each death.

Mr Davison was convicted in June 2019 and due to the "substantial and compelling factors’’ of the cases, sentenced to three years correctional supervision rather than the possible sentence of life imprisonment.

A Health Practitioners Disciplinary Tribunal decision released today said Mr Davison did not inform the council of the convictions.

The decision said Mr Davison accepted that this was information the council could reasonably expect to receive from him.

"The tribunal accepts that Mr Davison acted out of a genuine sense of compassion and empathy for the plight of his victims.

"This was recognised by the South African court in the significantly reduced sentence it imposed, an approach which was supported by family members of all three victims.

"However, Mr Davison was not entitled to act on his personal beliefs in breach of the law.’’

Mr Davison’s conduct reflected adversely on his fitness to practise because he had knowingly committed unlawful criminal acts of a very serious nature in South Africa, the decision said.

The involvement in the murders was not private information that Mr Davison was entitled to keep to himself, but relevant to the council’s decision making about his fitness to practice.

"Mr Davison’s conduct fell well short of the expected standards of his profession.

"Reasonable members of the public would consider his non-disclosures to be unacceptable and this would likely lower the reputation of, and therefore discredit, his profession.’’

Mr Davison, who had admitted the two charges, was censured, had his registration cancelled, and ordered to pay 25% costs, $8439.

The tribunal opted not to fine Mr Davison due to his limited financial means.
mike.houlahan@odt.co.nz

The issue of euthanasia is very much discussed all over the world. It is a delicate subject and not everyone wants to talk about it, because euthanasia is a quick death. Even though I do not like this topic, I decided to study this issue in detail and analyze the pros and cons of euthanasia. I am studying at a medical university and writing a scientific paper, so I gather as much information as possible, one of the sources that helped me to get more information became like this https://supremestudy.com/euthanasia, quite a lot of interesting. Not everyone wants to look into this topic, let's see what comes out of it.