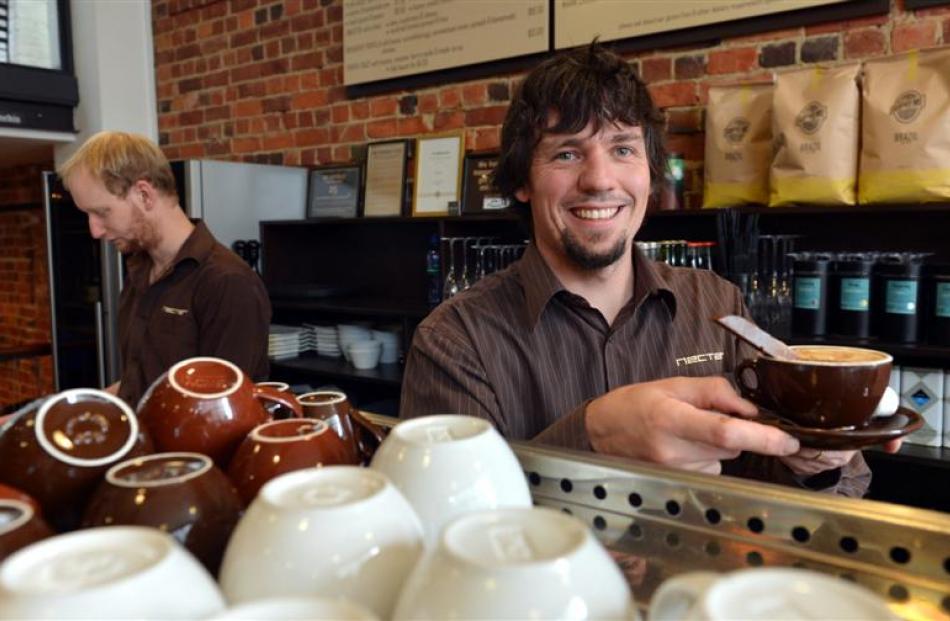 The opening of Silver Fern Farms' headquarters in Dunedin's former chief post office building is boosting custom by up to 25% in the area, some business owners say.

The company moved into the building in the Exchange last weekend and opened for business on Tuesday, making it the first commercial tenant there for more than 15 years.

The New Zealand meat processor, marketer and exporter has brought an extra 145 staff to the Exchange area, and an increased sense of business confidence for other businesses in the area.

Mojo acting manager Tammy Smith believed customer numbers at the Princes St cafe had increased about 25% in the past week.

That equated to an extra 30 people, over and above the usual clientele, coming in for coffee in the morning, she said.

''Yesterday [Thursday], we had a table of eight from Silver Fern Farms come in for lunch.

''We've had to put on an extra staff member to keep up with demand. It's great for business in the area,'' she said.

Nectar cafe owner Steven Calvert said he had noticed about a 20% increase in customer numbers during the past week.

''I've had to order more milk because of the increased coffee orders, and I've increased staffing levels.

''The mornings have become pretty hectic. It's great for this end of town.

''We had faith moving here six and a-half years ago, and now it's all happening.

''Business has been going well over the last couple of years, but this is the icing on the cake.''

Interior Design owner Robyn Buis said SFF's move to the area had injected ''vibrancy'' into the area and she believed it would encourage more businesses to move south of the Octagon.

''It has brought a lot of confirmed confidence back to businesses in the area. It's very encouraging.''

Although many businesses had been buoyed by the return of activity to the former chief post office building, some others - such as gyms, a printing shop, a computer repair store and hairdressers - said they had not yet noticed a significant increase in customers.

They believed it was still too early to gauge.

John Wickliffe Newsagency owner George Sleeman said one of the side effects of the development had been increased traffic in the area, which was beginning to cause some issues.

''Cars are going round and round looking for parks, and double parking when they can't find anywhere to park.

''The Dunedin City Council needs to look at more parking in the area.''

She said not enough parks were provided in the Exchange area, and she was finding an increased number of people illegally parking in her store car park.

''People are using the car park while they shop at other places.''

Mrs Keenan believed the parking issue might be remedied when the three-storey car parking building was completed in Bond St.

Despite the impact, Mr Sleeman and Mrs Keenan said the positives for businesses far outweighed the negatives.

''It's still good to see this area starting to pick up though - it's just awesome,'' Mr Sleeman said.