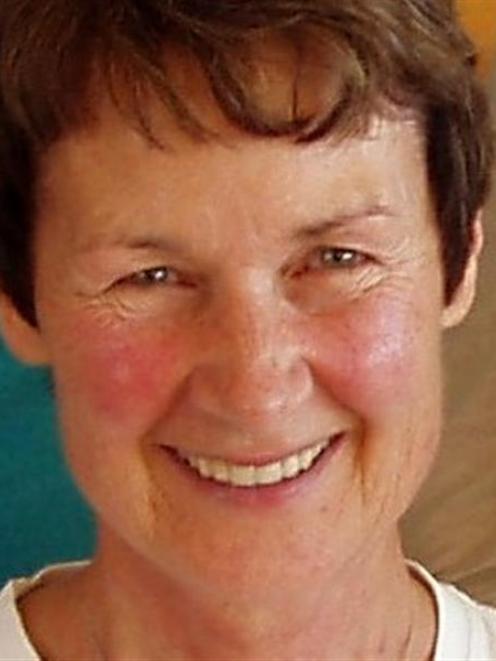 Margaret Dando.
An exercise programme which helps prevent elderly from falling has won a Dunedin woman a national award which commemorates International Day of Older People.

Saygo is a one-hour weekly, ongoing, strength and balance exercise programme with a central co-ordinator, for people over the age of 65, living independently in the community.

Ms Dando developed a peer-led model of the class which enabled people to continue their strength and balance class after 10 weeks.

Age Concern New Zealand chief executive Robyn Scott said it was Ms Dando's excellent working relationship with older people that enabled her to develop such a robust programme and make a major difference in their lives.

''Today there are 42 peer-led Saygo classes in Dunedin city, and 18 in rural Otago and Southland townships.

''With the support of 120 peer leaders, Margaret continues to manage and grow this huge programme, which now has 1400 participants.

''Margaret really and truly is a deserving recipient.''

The award was one of two given at a special function in Hamilton yesterday.

The other was the 2015 Dignity Champion Award for Media, which went to Sally Blundell, of The Listener, for her articles about important issues affecting older people.

The Dignity Champion Award is awarded annually on International Day of Older People to those who show an outstanding commitment to breaking down ageism and stereotypes, and encouraging dignity and respect for all people.

Mrs Scott said the day was a time to celebrate older people and acknowledge their contributions to our communities; in the workplace, as volunteers, as caregivers and as whole people, with dreams, aspirations, wisdom and experience.