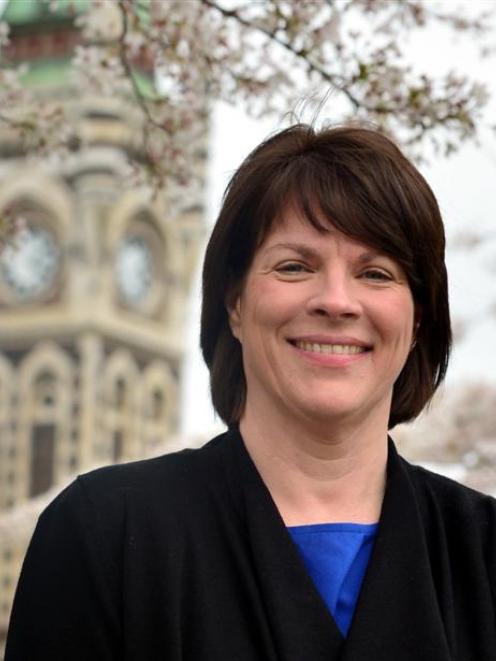 The Rack Appreciation Society group, set up on Facebook by Otago University student Sean McDonald, attracted more than 2000 members before being shut down this week.

A male student involved in the site -where explicit images of young women were shared without their consent - is facing disciplinary action by the university 'after an initial investigation'.

Other members of the site may face discipline if they are found to have breached the university's ethical behaviour policy, Prof Hayne said today.

Disciplinary action for breaches of the ethical behaviour policy, which prohibits this type of behaviour, ranged from suspension, fines and permanent exclusion from the university.

'We are taking these allegations very seriously and where we can identify breaches of the university's ethical behaviour policy, we will take action to set an example to the university and wider community that this sort of behaviour is totally unacceptable on every front'.

'While it appears that a small number of this Facebook group were actively engaged in posting private photos of women without the woman's knowledge or permission, all of those who supported this group in any way should reflect on the hurt and humiliation
that they have been party to through this site,' Prof Hayne said.

It was 'extremely disappointed' the behaviour of a few had 'sullied the reputation' of the university `and cast aspersions on the remainder of our student body'.

Professor Hayne said the university did not endorse any form of 'sexist culture' and considerable pastoral care was provided on campus to ensure the Dunedin residential student environment is safe.

'That is not to say that sexual offending does not exist within the community as a whole, because it does'.

'But as a society, we must all grapple with this issue. Incidents of this nature are certainly not confined to Dunedin, nor are they confined to universities.'

This incident highlighted a 'serious social issue' around the objectification and degradation of women in New Zealand society and via social media in particular.

'Forums in which people are exploited or degraded are all too common across the social media that young people use, and this is a sad indictment on society today.'

Mr McDonald, who shut down the page on Monday, yesterday issued an apology after earlier defending his actions in a post on Facebook.

'We believe that the sexually abusive nature of this Facebook page is an example of the underlying current of rape culture that exists within the Otago University campus.'

She called for action to be taken against its creator and members, and for the issue to be `taken seriously and investigated' by Dunedin police.
The page has outraged many on campus, with more than 2500 people - mostly female Otago University students - joining a second page, called 'Rack Appreciation Awareness'.

The Acting Area Commander of the Dunedin Clutha Waitaki policing area, Inspector Mel Aitken, said a woman had visited a Dunedin police station to speak about the website.

'We have talked with her and provided her with the appropriate advice.'

Police were not investigating the page, as sharing an explicit picture of an ex-girlfriend without her consent ``may not be unlawful of itself'', she said.

'Every case needs to be assessed individually but in general terms it depends on the content of the photograph and circumstances in which it was taken.'