Extreme knitting down to the bones

If you are an ''extreme knitting'' artist and want to knit a giraffe, look no further than the Otago Museum. 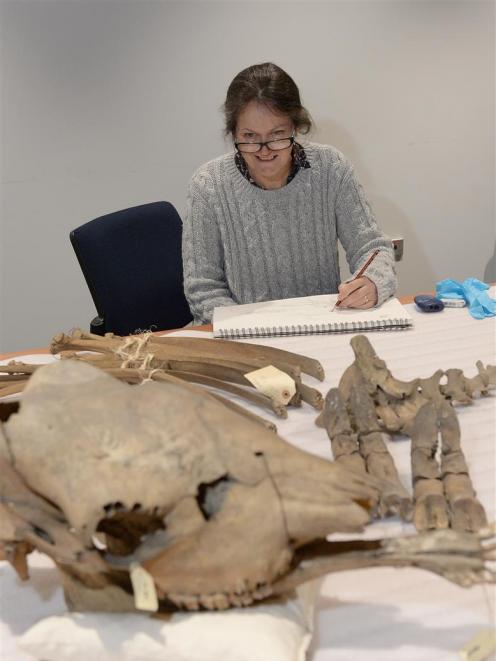 In 2005, Beevors, who is head of sculpture at Otago Polytechnic's Dunedin School of Art, began a series of ''extreme knitting'' sculptural works, with a knitted version of a human skeleton.

In May, she displayed about 10 sculptures of hand-knitted skeletons, including a horse, snake, little frogs, a turtle and a koala on a cactus, at an Invercargill Public Art Gallery space, as part of a series titled ''Anatomy Lessons 2005-2018''.

This week, she is undertaking detailed drawing, photography and measurements of a 4m-high ''subadult'' African giraffe skeleton at the museum.

She will then scale up her knitted version of a giraffe skeleton to represent an adult giraffe, more than 5m high.

The skeleton was bought from the Paris Museum and acquired by the Otago Museum in 1877. 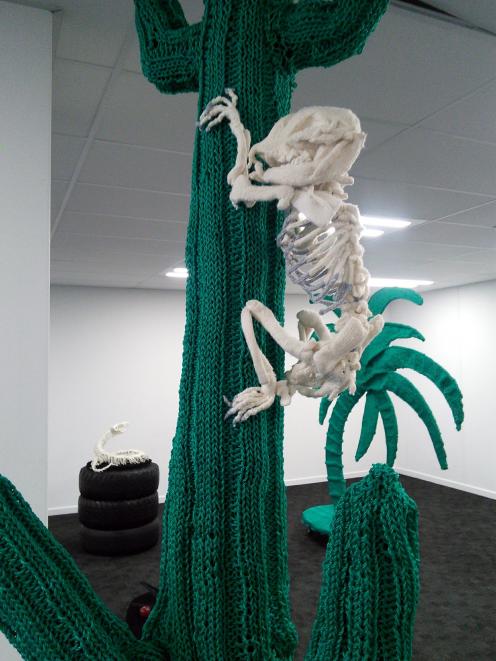 Beevors said knitted installations based on skeletal bones suggested grieving, ''the fragility of loss'' and environmental threats facing the planet, but ''there's definitely some humour there'' as well.

Otago Museum curator, natural science, Emma Burns said it had initially been planned to display the giraffe skeleton in ''est. 1868'', the museum's 150th anniversary exhibition, but more work was needed to restore, conserve and re-articulate the skeleton.

Beevors' anatomical knitting was a ''cool'' mixture of art and science.

And the giraffe skeleton, in its current form, was ''perfect for studies like Michele's anatomical knitting'', Ms Burns said.

Beevors' request to access the giraffe bones was one of about 120 received each year from academics and other visitors, to access artefacts from the museum.