Fairgoers have to wrestle with mud 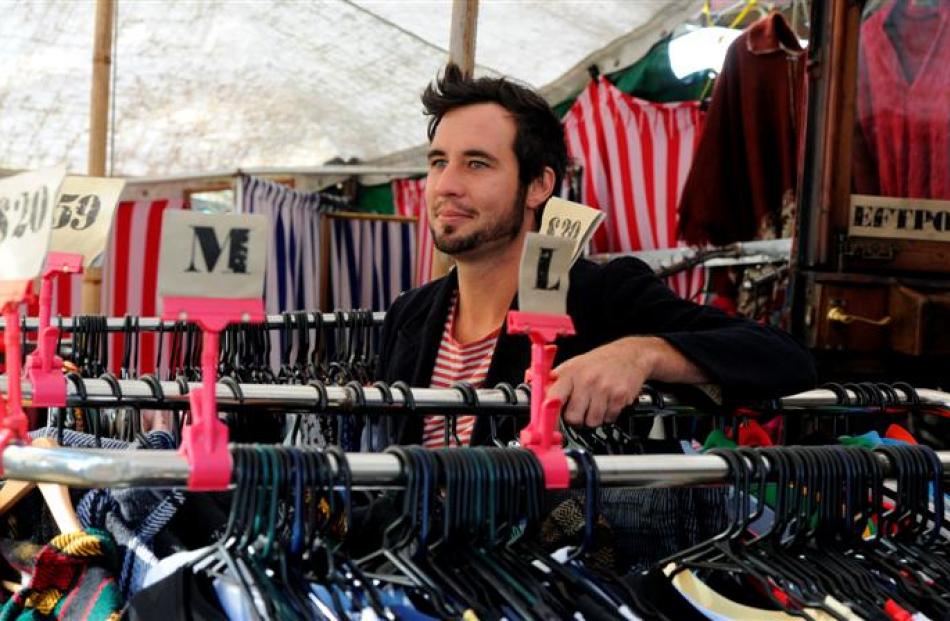 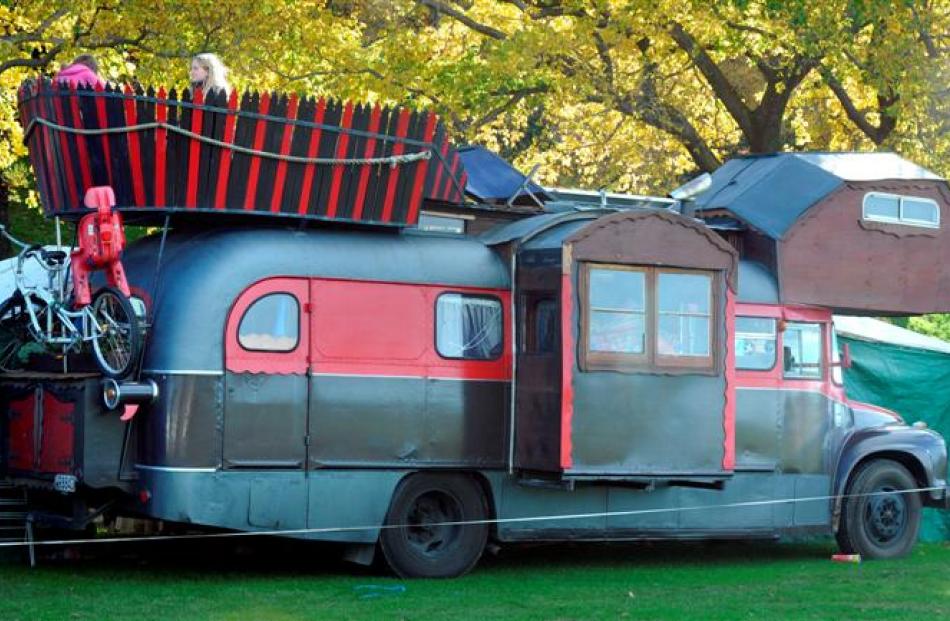 Even fortune tellers can't be expected to predict everything.

The annual Gypsy Fair at the Oval foundered in a sea of mud over Easter Weekend.

''I spent most of the weekend handing out plastic bags to people to put over their shoes,'' Lucky Star cafe owner Melanie Berg, of New Plymouth, bemoaned yesterday.

There was also plenty of tie-dyed clothing, candles, gemstones, potions and lotions.

''It is a bit of a spaceship,'' Mr Karsten admitted.

The vehicle is a sight to behold, with a roof-top spa pool, lounge extension, house plants and even a tandem bicycle strapped to the back. Mr Karsten joined the gypsy fair after emigrating from Bonn, Germany, 14 years ago.

''It's just the nicest thing to do. I like creating an atmosphere. Coming into town and making a buzz.

''I also love the travelling side of it. We could write a book about all the different demographics in New Zealand.

''We get to see every part of the country and people come to us,'' he said.

''This weekend's been a disaster for the weather, but successful because people still came down and supported us.''

The Gypsy Fair has been roaming the country for more than 20 years and spends eight months each year on the road.