Dozens of officers, whanau and members of the community gathered at Dunedin’s First Church yesterday to remember fallen police staff.

A moment of silence is observed during yesterday’s service at First Church.

It came just days after police officer Matt Ratana, an expat New Zealander who studied at the University of Otago, was shot and killed by a suspect in custody in London.

It also came just months after 28-year-old Constable Matthew Hunt was shot and killed during a traffic stop in Massey, Auckland.

Inspector Fiona Roberts said Remembrance Day was a reminder of the dangers police faced every day while doing their jobs. 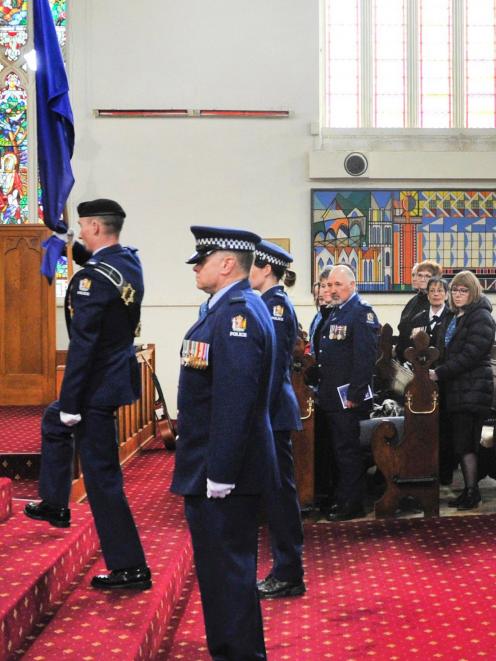 "I have no doubt that the stories associated with the lives of our former police colleagues will continue to inspire current serving police officers, in the way that we carry out our duties to make a real difference to our communities," she said.

"Both had made huge contributions to policing in the Southern community over many years," he said.

Several former police staff also died during the past year.