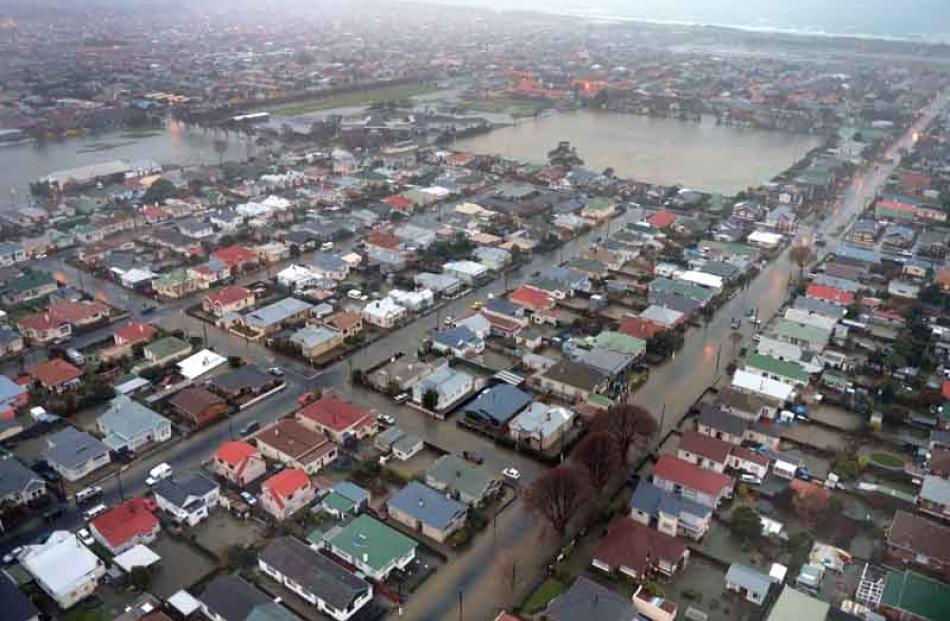 South Dunedin was hit hard by the floods last month

A support agency says it is dealing with 30 families still to return to their damaged houses and fears there are many more still displaced, more than five weeks after flooding washed through parts of Dunedin.

Homes in South Dunedin, in particular, and parts of Brighton and Mosgiel were awash after the flood at the beginning of June.

It was working with about 30 families who had been relocated but there were likely to be many more, Mrs Gelling said.

''There are so many situations that we're not actually involved with. There are 30 [affected] families that we know of but, through talking with other people, there are probably at least another 50 or 60 families that are staying with friends or staying with family. I would quite safely say that.''

Existing structural problems in some houses had complicated insurance claims for some families, she said.

''Because there are so many housing concerns in Dunedin anyway, a whole lot of other problems that are not flood-related have been exposed because of the flood.

''In some cases, when the carpet has been lifted up, the floor boards are rotten. In other houses, the piles have been found to be wonky, so there is debate between insurance companies about what is actually flood damage and what isn't.''

People could claim up to $5000 through the fund to help with repair work and replacing damaged property.