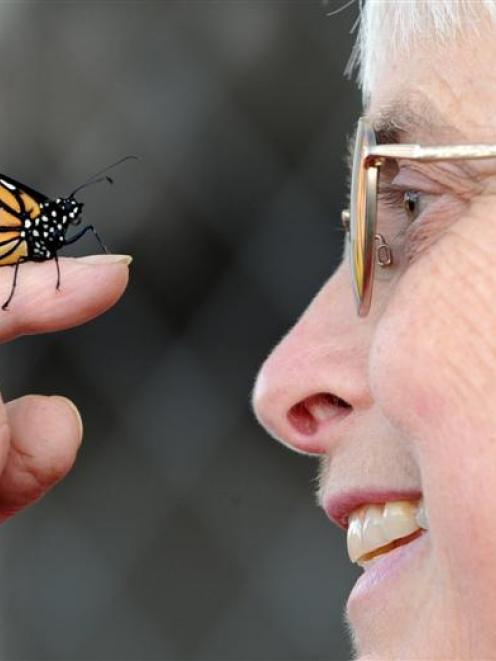 So great is her interest, she has joined 100 people nationwide to tag the butterflies on behalf of the Monarch Butterfly Trust.

Mrs Bradshaw, of St Clair, is the only person south of Ashburton to take up the painstaking task of putting little white tags on the wings of recently hatched butterflies in an effort to find out where they go for the winter.

She hoped if people see the tagged butterflies, dead or alive, they would note the number and let the trust know where they found them.

To tag the butterflies, she held them gently by the wings and, using a toothpick, placed the white circular sticker on a wing.

So far, she had tagged 21 butterflies and had another 20 in various stages of development.

"There is something to see at all stages."

The butterflies typically formed large clusters, sometimes numbering in the hundreds or thousands on trees in well-sheltered areas during the colder months.

Trust secretary Jacqui Knight said the trust was always looking for more people to take part in the tagging project as any information on the monarchs helped the trust learn more about what was happening to insect life in New Zealand.