Fate of flat $2 bus fare to be decided 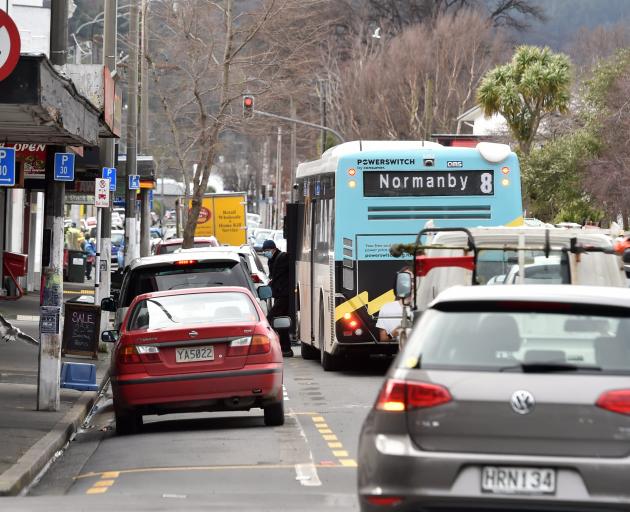 PHOTO: PETER MCINTOSH
Dunedin's $2 flat bus fare came at a significant cost but was successful in avoiding dramatic patronage loss due to the Covid-19 pandemic, the Otago Regional Council says.

Councillors are set to assess the flat fare trial and decide during a finance committee meeting via Zoom today whether or not to keep it.

Before the pandemic, Dunedin bus fares were based on zones reflecting distance travelled.

That changed in August last year, when the council decided to implement, on an interim basis, a flat Bee Card fare of $2 for adults, $1.20 for youth and a $3 cash fare.

A report from council staff to councillors in today’s meeting agenda says the goal of the trial was to enable earlier and easier implementation of the Bee Card electronic ticketing system, and to see if a simplified fare would improve patronage and revenue.

While total patronage on the council’s Orbus network decreased by 5%, the longer bus routes only decreased by about 1%.

Monthly fare revenue decreased by an average of about $98,000 per month, equating to an annual decrease of $1.174million, the report says.

Compared with other regions around the country, the $2 fare in Dunedin was more successful in limiting the reduction in patronage as a result of the pandemic.

However, it also came at significant cost, the report says.

Councillors have been given two options — to continue the $2 fare until a different fare decision is made, or agree on another fare during the meeting to replace the current Bee Card and cash fare.

Staff are recommending the first option.

The committee meeting will be held via Zoom at 10am today and will be streamed on the council’s YouTube page.