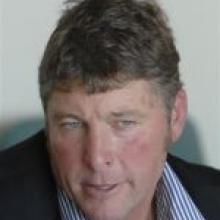 Andrew Noone
Dunedin property developers fear a new city policy will make projects unviable and bring development to a halt.

The result, they say, will be a flow-on effect throughout the industry, suppressing business not just for developers, but contractors and tradespeople as well.

Their response may be the formation of an association to fight the Dunedin City Council's proposed "development contributions policy", with a meeting planned for today.

An at times angry meeting in Dunedin yesterday heard calls for more time for the public to respond to the issue, and those calls, at least, may be answered.

Cr Andrew Noone, who is on the policy working party, said yesterday the time-line for feedback on the issue was too tight, and the council would consider that. But the council also needed to consider whether all ratepayers should pay for the infrastructure new developments required, or just those who benefited from it.

The council has introduced the policy as part of this year's annual plan consultation. Development contributions are charges paid by property developers to meet increased demands on services such as water and wastewater, roads and reserves.

Under the changes, developments placing additional demand on infrastructure could attract extra charges. If applied at 100%, these could range from $5944 for a new house in outlying parts of the city to $40,650 for one in West Taieri.

That would mean the council could collect up to $46 million over the next decade, compared with about $11.8 million under the existing policy.

The meeting at the Regent Theatre function room yesterday attracted 25 people, with acting council chief executive Athol Stephens fielding questions about whether there was growth in Dunedin that required a contribution, and why people who wanted to submit on a complex policy had only until April 12 to do so.

Developer Tom Richardson said after the meeting the council had picked up the policy from other areas in New Zealand, but those policies had been put together during the "boom period" of the economy.

Developers had been able to pass on the costs to buyers and still make a profit, but that was not the case in Dunedin in the current economy.

Coupled with the "extreme difficulty" of getting funds from the finance sector, the policy would make projects unviable.

Mr Richardson was backed by developer Lloyd Morshuis, who said suggestions developers would finish the projects they were doing and walk away if the policy went through in its proposed form were not knee-jerk reactions.

"There will be no margin left."

Lawyer Phil Page, who attended the meeting on behalf of a client, said from the point of view of developers, the policy was the most controversial thing the council had done in a long time.

Approached for comment last night, Cr Noone said the council was approaching the issue with an open mind. He hoped there was a middle road that could solve the problem.

Cr Kate Wilson, who is also on the committee, said there was room for change in the policy. A second public meeting on the policy will be held at the Mosgiel Library tomorrow at 5.30pm.