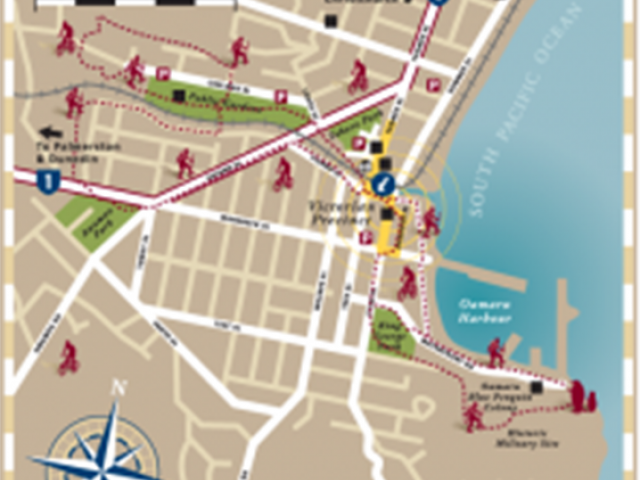 Oamaru will get a big boost next year when work starts on a new business park.

The finer points of the legal argument against a proposed new Dunedin City Council charge on developers began to emerge yesterday, the second day of hearings on the draft development contributions policy.
The risk of being landed with heavy legal costs may stop a community group from appealing the proposed Shotover Country development.
Developers behind a proposed subdivision at Arthurs Point have gone back for round two, after being declined consent in March this year.

Colourful Auckland developer Nigel McKenna is finally bankrupted.
Proposals for the controversial housing cluster at the end of Broad Bay's Bacon St will not be supported in the draft management plan for the Harbour Cone property.

Dunedin property developers fear a new city policy will make projects unviable and bring development to a halt.
The owners of rural land near Wanaka Airport are not amused at the prospect of having a bumper-boat and karting facility near their properties.

An area of rural land near the confluence of the Shotover and Kawarau Rivers would probably be developed whether or not the Shotover Country plan change application was approved, a hearing was told yesterday.

A new commercial building under construction in Alexandra is a vote of confidence in the community, a business leader says.
A process to handle development in the Mackenzie and Omarama basins could come from Minister for the Environment Nick Smith within two weeks.

The transformation of Dunedin's John Wilson Ocean Dr into a shared space for walkers, cyclists and motorists is likely to cost less than $1 million, but the results could be "quite magnificent", Dunedin City Council staff say.

Scenic Hotel Group has scaled back plans to add new floors to its Hotel Dunedin City leading up to the Rugby World Cup.

A strategic nine-year plan for the development of the Oamaru Harbour and its environs is to be prepared by a Waitaki District Council subcommittee after consultations with groups and individuals who have a stake in the area.

The year 2011 is an historically important year to Otago, and not just because we will have a few football players and thousands of lively spectators at the newly constructed all-weather stadium. ...

Wanaka Primary School pupils will benefit from the addition of another million dollar educational facility, with the contract for the construction of a new school hall at the Scurr Heights site confirmed yesterday.
Construction of Wanaka's biggest development has been cleared to start, after a competing property developer dropped its last-ditch appeal to the Environment Court against the massive Three Parks project.

The lack of Government funding for a long-proposed 198km tourist road linking Haast and Hollyford has not deterred Invercargill MP Eric Roy from tabling the proposal yet again for further investigation.

Residents likely to be affected by the Caversham Valley highway redevelopment want the Dunedin City Council to help them get a better deal.

It was a day of firsts for a whole school yesterday on the first day of the new $21.5 million Wanaka Primary School.