Harbour, environs plan to be created 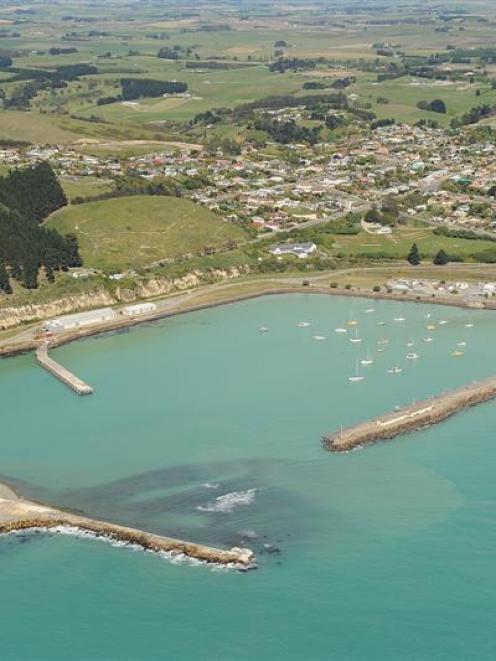 Oamaru Harbour. Photo by Stephen Jaquiery.
A strategic nine-year plan for the development of the Oamaru Harbour and its environs is to be prepared by a Waitaki District Council subcommittee after consultations with groups and individuals who have a stake in the area.

This week, the council's harbour subcommittee had its first meeting since local body elections in October, its priority to set a process in place to develop an overall plan.

To do that, it will draw on information and proposals in 12 reports and documents that have been prepared over the past 22 years to ensure money is not wasted covering ground that has been covered before.

The aim is to establish a vision for the area - what it will look like, contain and provide at the end of nine years - then set in place a timetable to complete that, along with investigating what finance is available and what will be needed in the future, including the possibility of grants and assistance from sources other than ratepayers.

Waitaki Mayor Alex Familton defined that vision as a harbour that was "active, people-populated and a diverse and interesting area".

Previous reports have proposed a vision and timetable, including one prepared by Oamaru resident Dugal Armour who has an interest in the harbour area, which was the only one that had been adopted in principle to date.

However, while a vision and timetable had been proposed, there was a feeling among some sectors of the community that development had taken place without an overall plan, at least one that was publicly known and accepted.

To resolve that, the subcommittee yesterday agreed to develop a nine-year plan, broken down into three-year periods, that ties in with the preparation of the council's long-term community plan, resulting in a "harbourside draft strategic plan".

The first step will be a subcommittee workshop at which it will review information and proposals in previous reports, including the Armour plan, conduct a "walk-around" in the harbour area to see how those proposals fit, review the status of actions to date and identify future priorities.

In late January or early February there will be a second workshop to look at the status of projects, new aspects and challenges, the reviewing of options, timing, funding and putting together the final concepts for a strategic plan.

Mr Familton stressed the importance of community groups and individuals being involved to "get it right".