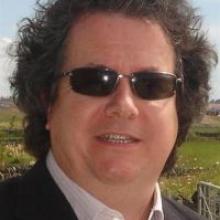 Documents filed with Insolvency Services showed he filed a debtor's application to have himself declared broke.

That ends two years of chasing by The Fletcher Construction Co, owed $800,000 as the final payment on a $100 million Wellington hotel.

Mr McKenna was fighting Fletcher's bankruptcy application on the grounds it was not fair or equitable.

However, in a surprise move, Mr McKenna last week ditched a creditors' compromise scheme, which would have returned just over $1 million to creditors claiming more than $100 million.

Mr McKenna's final move also averted the need for a further hearing in the High Court at Auckland, due yesterday. Mr McKenna has, over more than a decade, built and been involved with award-winning apartment complex the Beaumont Quarter, residential project Lighter Quay with its Westin Hotel, the $1 billion Kawarau Falls multi-hotel property near Queenstown, Rydges Hotel in Wellington and many other projects.