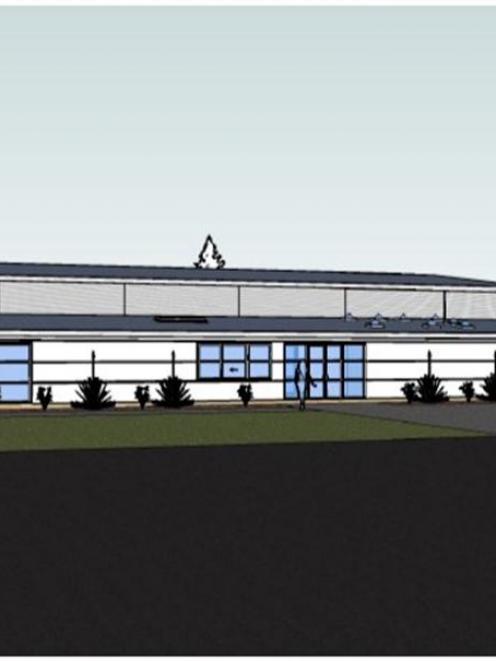 School board of trustees chairman Pete Bullen said the million-dollar hall construction project would be handled by Calder Stewart.

The school already has $240,000 of funding confirmed for the hall - approved through grants from the Lion Foundation and Central Lakes Trust.

Other funding grant applications are pending and the board of trustees also expects a school fundraising drive to begin next year, alongside financial contributions from the WPS Future Trust, Mr Bullen said.

Resource consent has been granted for the three-stage project.

The planned hall has an area of 600sq m and will include a wooden floor with various sports markings, fixings and adjustable height basketball hoops, Mr Bullen said.

Stages two and three are scheduled to add two building wings, which will house a food preparation area, additional meeting rooms, a green room for stage productions, and storage space.

"This is another exciting project coming so soon after the completion of the new school," he said.

Construction is scheduled to begin in January and it was hoped the project would be completed by winter, Mr Bullen said.