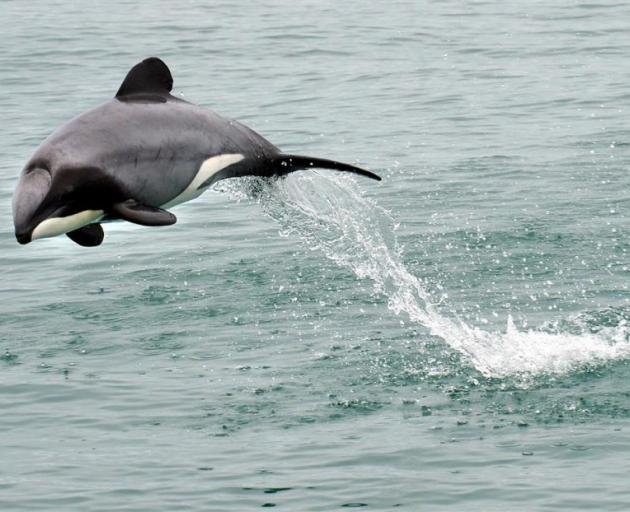 Fewer Hector's dolphins are being caught in set nets following a change in fishing rules several years ago, but the population around the Otago coast remains low, a University of Otago professor says.

A study by a university master's student and staff in 2011 estimated the population of the mammal to be about 42 from Taieri Mouth to Oamaru.

Dolphin specialist Prof Steve Dawson, of the Otago marine science department, said there had been no noticeable population change since set nets were banned within 4 nautical miles of most of the South Island's east coast in 2008.

‘‘I wouldn't expect that [population] to have changed much.‘‘For a start, those animals don't move around very much - they're very much homebodies.

Prof Dawson reiterated his call to ban set nets not only off the coast, but also in harbours.

It did not make sense that there were limits on fishing catches, but not on how many dolphins, penguins or seabirds were caught as bycatch, he said.

A subspecies, the Maui dolphin, was critically endangered, and fewer than 100 remained around New Zealand, he said.

However, the set net changes had an effect, he said.