But, gosh darn it, playing a cowboy in Jane Campion’s western, The Power of the Dog, is good enough for him.

The former snowboarding Paralympian with Down’s syndrome has been on a happy trail ever since he was hired as one of the 290 extras for the film, which was shot in the Maniototo, Dunedin, Oamaru and Auckland last year. 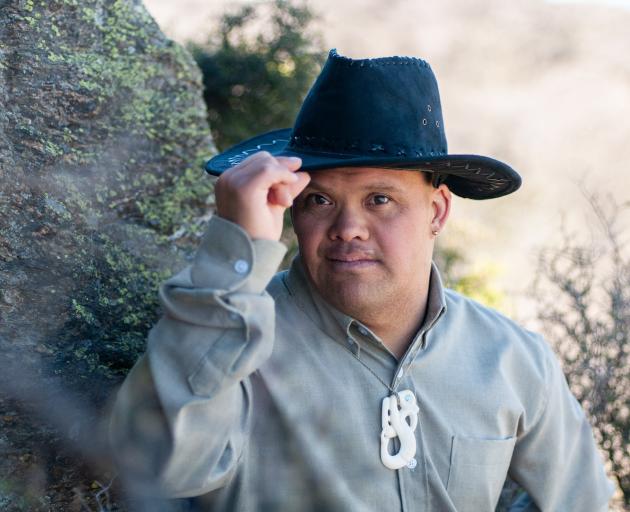 John Halliday (39), of Alexandra, is still buzzing after playing a cowboy extra. PHOTO: SHANNON THOMSON
Now he is looking forward to seeing himself on the silver screen for the first time, at the film’s southern premiere tonight as part of the Whānau Mārama: New Zealand International Film Festival.

Mr Halliday said he had wanted to be a cowboy when growing up, and when he heard a Western was going to be shot in the Maniototo, he decided he wanted to be a part of it and signed up to a casting agent.

Despite huge Hollywood stars such as Benedict Cumberbatch, Kirsten Dunst and Jesse Plemons roaming around, he felt "very much at home" on set.

He became friends with the American rodeo riding crew, and between takes they would gather in the shade of a tree, get out a guitar and start singing songs.

Cast and crew members acknowledged him, and Campion would say good morning and ask how he was every day.

It gave him a feeling of belonging, he said.

"I love Jane. She made me feel so amazing, just to be myself."

Mr Halliday loved his time on set so much he has since auditioned for other film and television extra roles.

Also appearing as extras in the film were Dunedin women Barbara Brinsley and Terry MacTavish. 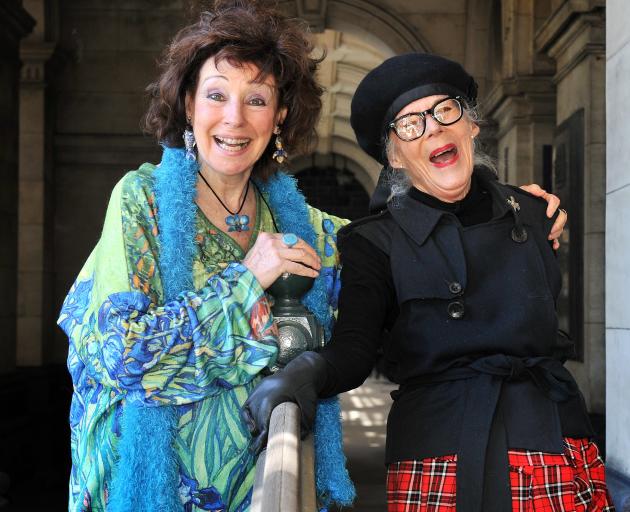 Terry MacTavish (left) and Barbara Brinsley reminisce about their time as extras on the set of The Power of the Dog. PHOTO: CHRISTINE O’CONNOR
Miss MacTavish, the former head of drama at Queen’s High School, said one of her former pupils Rebecca Rowe was the extras casting agent on the shoot and convinced her to take part in the scenes at the Dunedin Railway Station.

"I’ve been involved with theatre work all my life, but I haven’t had that much to do with film.

"When they told me it was being directed by Jane Campion and it had Benedict Cumberbatch in it, I was jumping up and down yelling, ‘yes of course, please let me be part of it’.

Mrs Brinsley (82) said it was her first time on a movie set, and she marvelled at the "wonderful direction" Campion was giving to keep such large numbers of people on track.

Between takes, she spent much of her time reading the book that the movie was based on, and at the end of filming, she was delighted when Campion signed the cover for her.