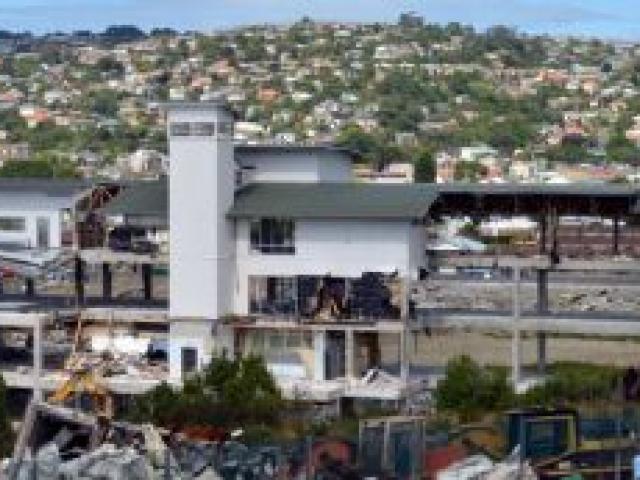 Work is scheduled to be completed by the end of March. Construction company Calder Stewart Ltd bought the site for $3.5 million from the Dunedin City Council last June, half the $7 million the council paid the Otago Rugby Football Union for the ground in 2009.

The remaining rubble would be crushed into aggregate for future developments and the vacant site fenced off, Southern Demolition owner Alan Edge said.

The only reminder of the site's former sporting career will be the historic brick Neville St turnstile building, which is to be incorporated into a pocket park, as part of the redevelopment.