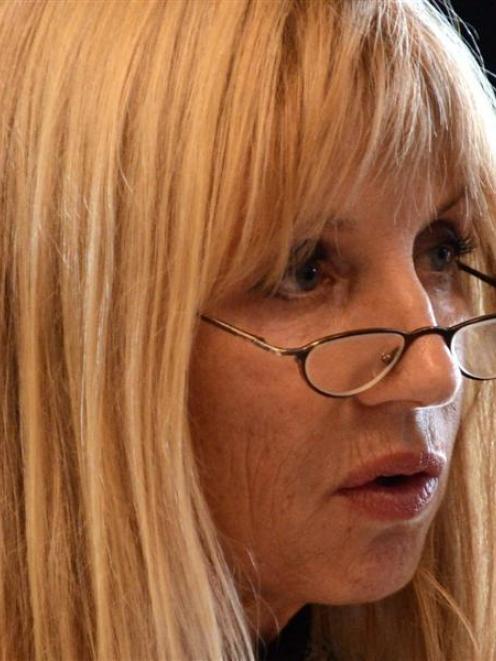 Anne Stevens.
The mother of slain siblings Bradley and Ellen Livingstone refuses to accept that authorities could not have saved her children's lives.

The Chief Coroner and police said if best practice had been followed it might not have saved Bradley (9) and Ellen's (6) lives.

However, their mother Katharine Webb refuses to accept that, her lawyer Anne Stevens told the Otago Daily Times.

The children were shot in their beds by their father, Ms Webb's estranged husband, Edward Livingstone, in the St Leonards home they shared with their mother on January 15, 2014.

Livingstone then turned the gun on himself.

Chief Coroner Judge Deborah Marshall said, in her findings from the inquest into the trio's deaths, that her recommendations and comments were ''not intended to suggest that 'best practice' by all agencies involved would have altered the tragic outcome''.

But Mrs Stevens said there was no inevitability in the deaths of Bradley and Ellen.

''You can't say this is inevitable,'' she said.

''That's what [the Chief Coroner] says; that nobody could stop what happened.

''That's too awful to contemplate. And are we all wasting our time? Of course not.''

If ''best practice'' was followed by police, and the other agencies charged with protecting Ms Webb and her children, and the shooting still happened, then it could not be considered best practice, Mrs Stevens said.

''That's an oxymoron - if children who were protected [by a protection order] were still able to be murdered by their father ... that's inferior practice or mediocre practice ... That's not best practice.''

Most galling was that the structures needed to protect the family already existed at the time of the deaths, she said.

''It's not rocket science - people need to do their jobs,'' she said.

''It's all there. They just need to be used properly.

''You could set up a committee and review until the cows come home. But just do it [the job of protecting victims] properly. It was all there,'' Mrs Stevens said.

Police missed key warning signs, such as the reported rape of Ms Webb by Livingstone and spent bullet casings which Livingstone gave to the children, ostensibly as a present.

Livingstone had trapped Ms Webb in her room and raped her for five hours, at times while her distraught daughter banged on the bedroom door, in May 2013.

She separated from him shortly after and sought a protection order, which was first issued on May 31, 2013, and finalised on August 13.

Livingstone first breached the order on August 7 and it was while police were attending this breach that they were made aware of the bullet casings.

The attending officers failed to record that Livingstone had handed the casings to the children and the opportunity to investigate his access to firearms was missed.

Police also failed to further investigate the incident of rape.

''It was acknowledged they should have done all of those things,'' Mrs Stevens said.

''I'm not bringing anything new to their attention.''

Mrs Stevens said it was not only police who needed to reflect on their failings, as all the Family Violence Inter-agency Response System partners had a role to play in protecting family violence victims.

Mrs Stevens did not wish to comment on how Ms Webb was coping with the release of the findings, but added: ''This is awful. It's all awful. She's a brave, brave woman.''