A house in the Dunedin suburb of Woodhaugh was "extensively damaged" by fire this morning.

Willowbank station officer Pete O'Shea said the fire started on the ground floor and moved to the roof.

The home was "extensively damaged", particularly the kitchen area.

He could not say for sure whether the toaster was the problem but he said it was a possibility.

There were no smoke alarms in the house and he wanted to reiterate their importance to the public. The occupants of the house were not at home at the time, and had left to take their children to school, he said.

They returned to find the blaze.

Firefighting crews tackled the fire from both the outside, and the inside of the building. 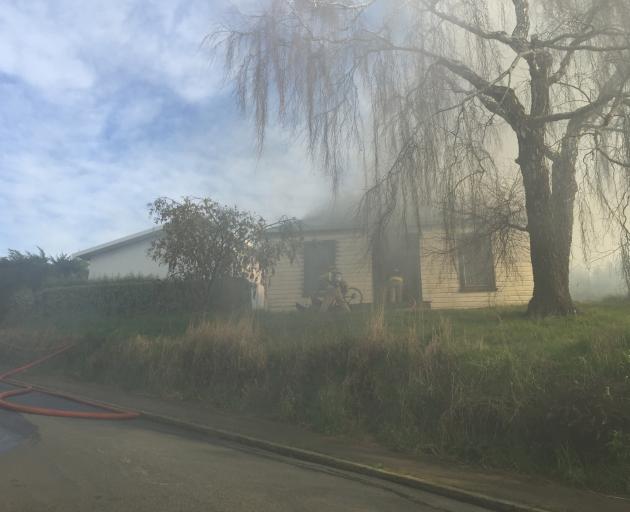 A Fenz spokesman said crews were still on the scene at 10.35am but the blaze had been extinguished.

A duty fire investigator was on his way to look at the cause of the fire, he said.

A St John spokesman said an ambulance attended the fire and assessed one patient for smoke inhalation, but he declined treatment.

A reporter at the scene said firefighters broke down the door to get access inside the house and were pulling out furniture so they could get a hose in.

Three fire appliances were at the property, where smoke was billowing from doors and windows.

Neighbours were watching as firefighters battled to bring the fire under control.

One neighbour said she had been told the fire started from a toaster.