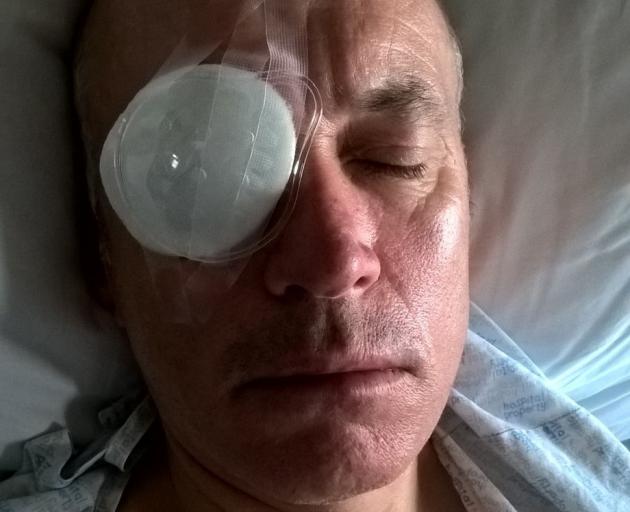 Wayne Boss faces an excruciating wait to find out whether he will  be able to see with his right eye again.

His 22-year-old son Ben was standing beside him in the Octagon central carriageway just minutes after the Robbie Burns cannon’s boom sounded the start of 2017.

The five-minute council-run firework show, which the Boss family had driven into town especially to see, was nearly over when a "shadow" flew through the sky.

"In milliseconds it hit him before he had time to react at all," his wife, Fiona, said. 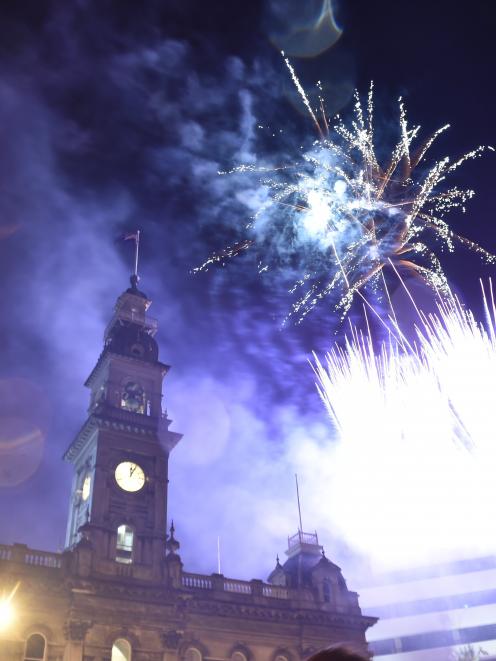 Fireworks explode above the Octagon to mark the start of 2017. Photo: Peter McIntosh.

"He’s six-foot tall and 80kg and it knocked him to the ground like he got hit by Muhammad Ali," Ben Boss told the ODT.

"The object was going so fast ... there was blood gushing from his eye."

In the chaos that ensued, they managed to convince police to take them to  hospital, where they endured an anxious wait for the arrival of an optical specialist.

Wayne Boss underwent immediate surgery to relieve the pressure around and behind his eye.

The damage to his eye was severe.

Doctors broke the news that the man’s pupil had been split into three pieces and the lens had been forced to the back of his eye.

Wayne Boss will spend the next few days in hospital. A  second operation will be carried out  in  about two weeks.

A third operation might be needed and, crucially, there are no guarantees he will regain  vision in the injured eye.

Ms Watson said the same thing happened to her three years ago when she was celebrating and gazing up at the fireworks, standing in the same spot where the Boss family had been.

Fortunately, the outcome was not as serious.

Ms Watson said she spent four hours in hospital having her eye washed out and had to wear a patch for a couple of days.

"The next day, I rang the council and they just brushed me off. They said it would never happen again, it’s just a freak accident," she said.

"I never got an apology letter. I was so disgusted."

"What’s the council going to do about this?"

The Boss family were astounded when told of Ms Watson’s story.

"It’s really shocking that news has come to light ... I don’t want this to happen again to anyone else," Ben Boss said.

"We fully support the response of WorkSafe NZ investigating the incident and we await the outcomes and any recommendations on its completion,"  Mr McKerracher said.

"The health and safety of our residents is always our No1 concern."

He was unable to verify Ms Watson’s story but urged her to get in touch with the council to reiterate her experience.

Mrs Boss confirmed to the ODT she and her husband worked for the council.

She said the fact he was an environmental health and safety specialist made his plight even more painful.

But her son said the situation could have been worse.

"People go to public fireworks displays because they’re meant to be safe and they don’t want to involve themselves directly with the fireworks," he said.

"When I was standing in that crowd there was a baby boy on his dad’s shoulders next to us, fast asleep. It could’ve killed him."