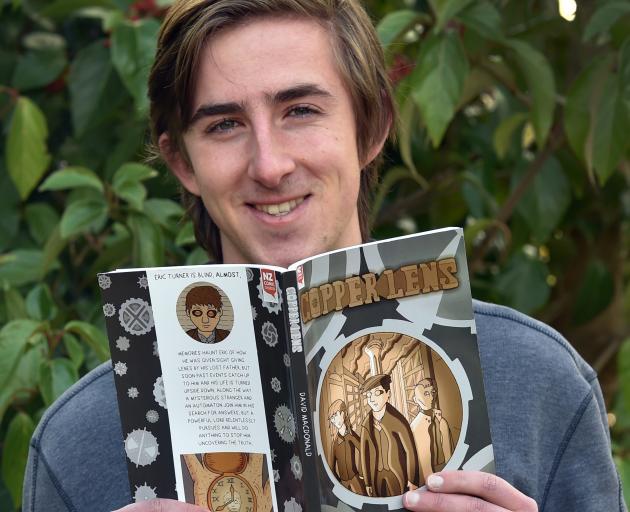 Dunedin Polytechnic student, David Macdonald with his award-winning comic Copper Lens at Otago Polytechnic yesterday. Photo: Peter McIntosh
The story of the adventures of a blind youth living in a Steampunk universe may propel a Dunedin man to a career in comics.

Copper Lens took him two and a-half years to complete.

Now a student at Otago Polytechnic, he wrote, drew, and developed the work while still at high school in Nelson.

''I didn't have any funds or money to make it happen, just stubbornness, really,'' Mr Macdonald said.

''It's kind of nice to know that somebody enjoyed it. 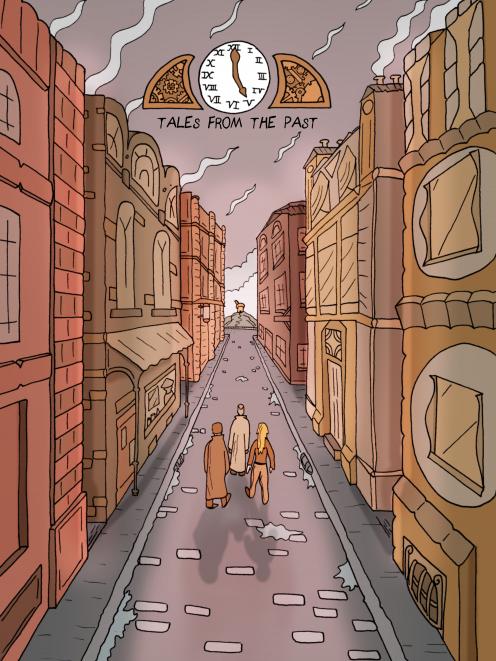 A page from the book.
''It hadn't gotten a lot of people enjoying it outside of my friend groups.''

Copper Lens tells the story of how its protagonist became blind.

Mr Macdonald said the comic was a classic adventure.

Although the book was not initially following an idea, themes of forgiveness and self-understanding could be found throughout its pages.

The second-year bachelor of design (communications) student is now working on his second comic, Sand.

It is set in a Middle Eastern medieval period.

''It's about these two people on the edge of this main adventure.

''There's all these crazy events that you'd usually be seeing, and you're focusing on these two little people on the outside of it.''

Mr Macdonald said he was already looking at potential career choices but would be keeping his options open for now.

''The creative industry is an elusive one.''