Food for the inner librarian 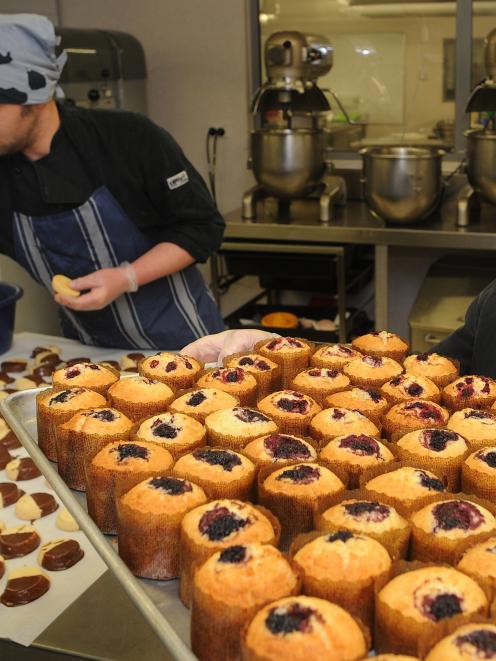 University of Otago University Union conferences and events catering department chefs Riki Young and Karen McCleary prepare biscuits and friands for the Library and Information Association of New Zealand centennial conference.
With 6500 meals to prepare this week for the largest conference to be held in Dunedin for about three years, University of Otago catering staff are busy.

They are catering for about 630 at the Library and Information Association of New Zealand's centennial conference - more than 500 delegates and about 90 exhibitors - producing breakfasts, morning and afternoon teas, lunches and cocktail event food.

Dunedin hosts few conferences of more than 500 delegates, perhaps one each year. The biggest conference of recent years by far was the Plunket centennial conference in 2007, attended by 1300 delegates. 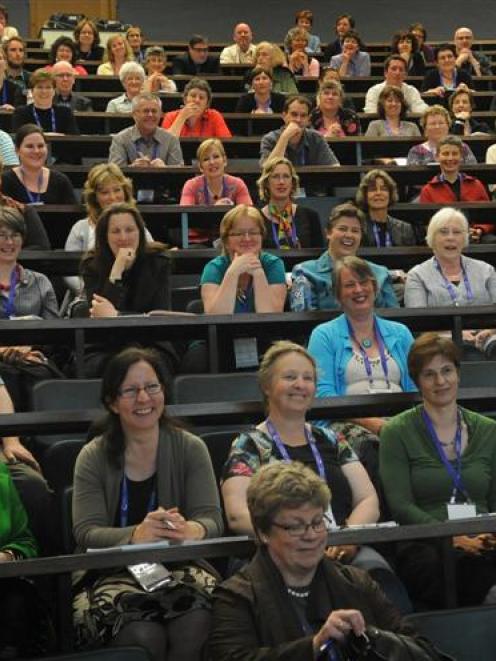 Some of the delegates listen to the keynote speaker former Telecom chief executive Theresa Gattung yesterday. Photos by Peter McIntosh.
While the library conference is one of the largest his University Union conferences and events catering staff had catered for, producing large quantities of food quickly was not uncommon for them, Mr Baughan said.

"[We are] a specialist unit that across the year caters for between 26 and 63 events a month. In some months, around 6000 people are catered to. We have large production facilities and the infrastructure to cater simultaneously to multiple events throughout campus."

In November, 13 conferences with more than 1500 delegates in total were catered, he said.

Things were even busier during university semesters when staff and students were in residence, Mr Baughan said.

More than 400 staff across the university's food and beverage, residential college catering, retail and conference and events departments produced 4500 meals a day for the seven university-owned residential colleges as well as producing goods for 16 food outlets, cafes and retail shops on campus.

"Most of our front-of-house eventing staff and our kitchen hands are students. It is great to be able to give this group some work during their holidays."