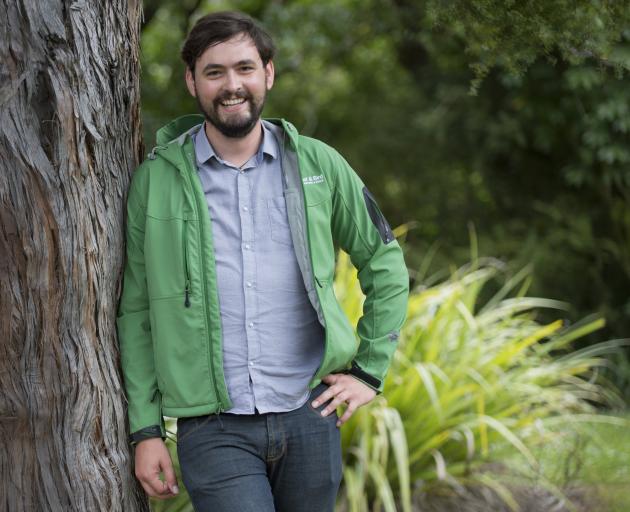 He takes over the role from Sue Maturin, who retired at the end of last year after 29 years with the organisation.

Mr Zwaan (27) spent the past 10 years living in Wellington, the last couple of those working as Conservation Minister Eugenie Sage’s press secretary — but it was time for a change of scenery and return to environmental advocacy.

"I have always thought if I didn’t live in Wellington, I would love to live in Dunedin," he said.

"It is a wonderful city to live in — it is close to such magnificent landscape, wildlife, coastline and mountains.

"Even though I grew up in the North Island, I think I am very much a South Island convert."

His interest in the environment and desire to protect it started at an early age.

Growing up in the Coromandel, his backyard was the bush and his primary school was right by the beach, he said.

It was a thought he had had about how his school could be affected by sea level rise that kick-started his desire to look more broadly at environmental issues and help create change.

He went on to study environmental science, and political science and government at the Victoria University of Wellington.

Mr Zwaan said working in the minister’s office had brought the importance of what was happening both locally and within advocacy groups, including Forest & Bird, to the forefront.

"It helps change what happens at a national level and at a regional level."

As for what issues he intended to tackle in his new role, he had spent his first couple of weeks getting to know the regions and the environmental problems they faced.

There was no shortage of issues raised in the conversations he had already had, he said.

"Marine protected areas are really important to ensure the magnificent shore birds, sea birds and marine mammals that we all go to the beach to admire, get the protection that they need," he said.

Aside from work, Mr Zwaan was looking forward to getting out tramping and adventuring around Otago and Southland.

"It is one of the ironies when you work for the Conservation Minister, you don’t actually have a huge amount of time for that."