Seventeen former editors of student magazine Critic Te Arohi have written an open letter to the University of Otago protesting the destruction of the magazine's "Menstruation Issue" this week.

Copies of the magazine - which had a cover with a cartoon of a naked, menstruating person - were removed from stands around the university campus on Monday evening and disposed of in a dumpster, sparking outrage from the magazine's staff.

The university said earlier today the disposal of 500 copies of the magazine by the Campus Watch was a regrettable mistake, not an act of censorship.

Yesterday afternoon the university said the decision was made in the proctor's office, and today a new statement from the university, released this morning, emphasised the move was accidental.

Staff in the proctor's office made the "incorrect assumption" it should be moved from campus after learning Critic had already removed the magazine from the Dunedin Public Library and the Dunedin Public Hospital, as the campus was also a public place.

"No directions were given to Campus Watch from the university on this matter. This was a mistake and never intended as censorship." 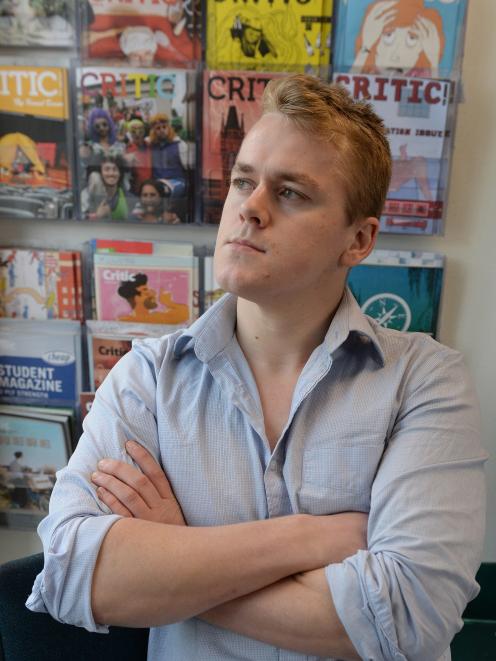 He had received a lot of support from journalists around the country about the situation, including the former editors of Critic whose open letter appeared online today afternoon.

Among the former editors to add their names to the letter were former Green MP Holly Walker and Stuff editor Patrick Crewdson.

An excerpt from the letter said: "We ask the University to apologise unreservedly for the decision to remove and destroy the latest issue. We also urge the University to assure Critic -
and the student body - that it will not take similar actions again, and that it remains committed to freedom of expression. "

It was disappointing for the magazine's advertisers - particularly the University of Otago Students' Association who were relying on Critic to tell students about their general meeting this week - that the magazine had been disposed of, Mr MacManus said.

He did not foresee Critic making any changes to future editions because of what had happened.

"We want it to continue to challenge people," he said. 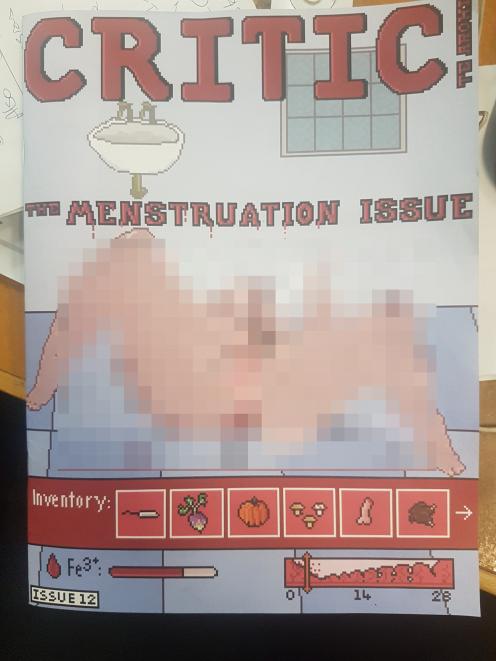 The university spokeswoman said the proctor understood the magazine had been taken out of the library and hospital because its cover was "objectionable to many people, including
children who potentially might be exposed to it".

Mr MacManus - who said he removed the magazine from Dunedin Hospital after receiving an email from them - said Critic was a "student magazine distributed on campus, for young
adults"

Posters were up in the university link building on Tuesday morning protesting what appeared to be the censorship of the magazine.

Critic illustrator Saskia Rushton-Green said the cover was not intended to be degrading and was about combating the "underlying judgements" people made about menstruation.

Office of Film and Literature Classification senior advisor Erica Brooks said at first glance the magazine cover did not appear to be objectionable.

"[While] the image does depict an explicit view of female genitalia, the image is not sexualised nor is it particularly degrading or dehumanising - the character herself seems quite
happy," she said.

"Generally speaking, cartoon or animated imagery does increase the psychological distance between the viewer and the publication, which tends to lessen the likelihood of harm for the viewer and therefore its chance of being classified as objectionable."

Fortune Theatre has closed but period drama is alive and well in Dunedin.— Philip Matthews (@secondzeit) May 22, 2018

University of Auckland media and communications expert and former editor-in-chief of the New Zealand Herald Dr Gavin Ellis said traditionally student media tended to be "edgy" and students had a "higher level of acceptance" than the general population.

"You have to accept that different standards apply."

While he understood how the cartoon could be perceived as disrespectful to women, it "fails the harm test", he said.

"It might have offended some people, but did it harm people?"

University staff and students were also capable of making complaints themselves if something offended them, and they had not done that, he said.

Ahough it was definitely "crude and comical" it was drawing attention to an important issue.

Proctor Dave Scott "unreservedly apologised" to Critic staff today for the error of removing the magazine from around the campus.

A member listed an edition of the magazine on TradeMe for $40, incorrectly saying it was banned.

By 2.30pm on Wednesday there had been three bids and the price had climbed to $80.

I am a University staff member. I saw the publication on a stand while walking to work in the morning. I found the cover offensive. I did not complain because I am too busy, and because I fear retribution from my employer and from my students. I assume that there are others like me.

It was indecent. Full stop. Must stop pampering to these children who are insensitive to the feelings of others.