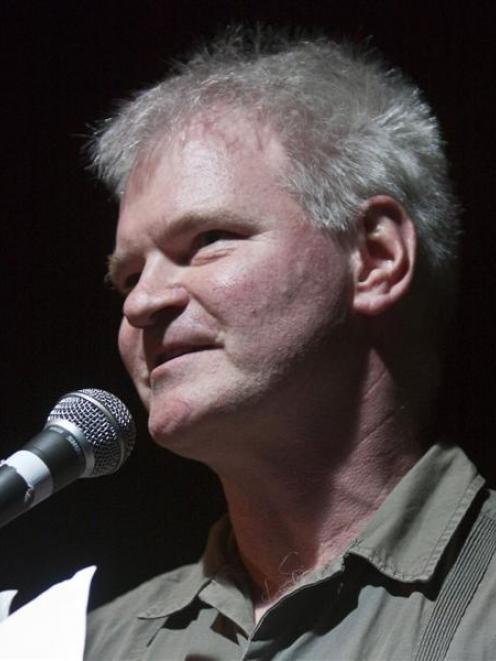 Roger Shepherd
Flying Nun, the record label credited with launching the Dunedin Sound to the world, has been bought back by its founder, Roger Shepherd.

The 49-year-old told the Otago Daily Times he had bought the label from Warner Music New Zealand for an undisclosed sum on Monday, and "it was more than what I sold it for".

The label, formed by Mr Shepherd in 1981, featured several influential Dunedin groups on its roster including the Clean, the Chills, the Verlaines, the 3Ds and Straitjacket Fits.

Mr Shepherd, of Wellington, said he planned to visit Dunedin next month to catch up with artists who had released material on the label, and also to look for new talent.

Flying Nun's ownership had changed several times since 1990, and Mr Shepherd left the label in 1999 vowing never to work in the music industry again.

As part of the new arrangement, Warner Music NZ "has come to the party" and would remain a distribution partner of the label's back catalogue and new releases, he said.

"They saw the value of me going back to the label. I was always clear I wanted all or nothing."

The music industry was undergoing "massive change" but there was a market for back catalogue reissues, both in CD and vinyl form and also digital downloads.

However, the label was not going to be solely about retrospective releases, and he would be actively signing "new and interesting artists" who fitted the Flying Nun ethos.

"At the moment we have no-one under contract, we are starting with a clean slate."

Dunedin-based artists welcomed the news saying it would invigorate the label, which had stagnated since Mr Shepherd's departure.

David Kilgour, of the Clean, said it was great to see Mr Shepherd take ownership of the label and "it is back in New Zealand".

The Chills frontman Martin Phillipps said fans "were clamouring for some of our older albums" and reissues would be welcome.

Phillipps said he was looking forward to catching up with Mr Shepherd next month and the Flying Nun founder would find "heaps of talent in the city".

The Verlaines founder and music academic, Dr Graeme Downes, said the strength of the label was Mr Shepherd's ability to pick the right artists.

"He was one of the most genius A & R (Artist and Recording) people in the world. When an album came out you would buy it without having heard it . . . that was the label's strength."

Former Dunedin music store owner Roy Colbert said Flying Nun launched the Dunedin Sound to the world and "everyone is waiting for 1981 to happen again".