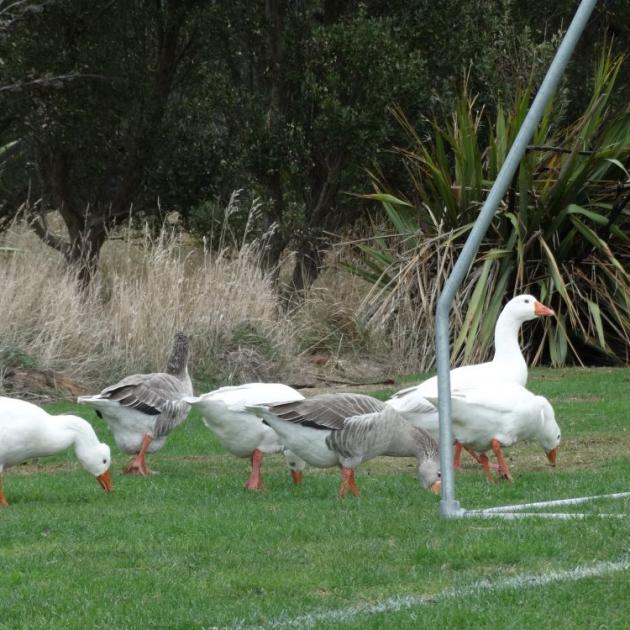 A flock of web-footed bandits has been invading the pitch at Watson Park, Port Chalmers, leaving fowl deposits in their wake.

The eight feral geese, a splinter group from the long-standing population at Back Beach, took up residence at Watson Park about a year ago. Most days, the geese graze their way across the playing fields, eating a large volume of grass and damaging the surface, while defecating copiously.

Harbour Rugby Club chairman Lance Spence is fed up with the feathered invaders, describing their presence as a ‘‘massive problem''. 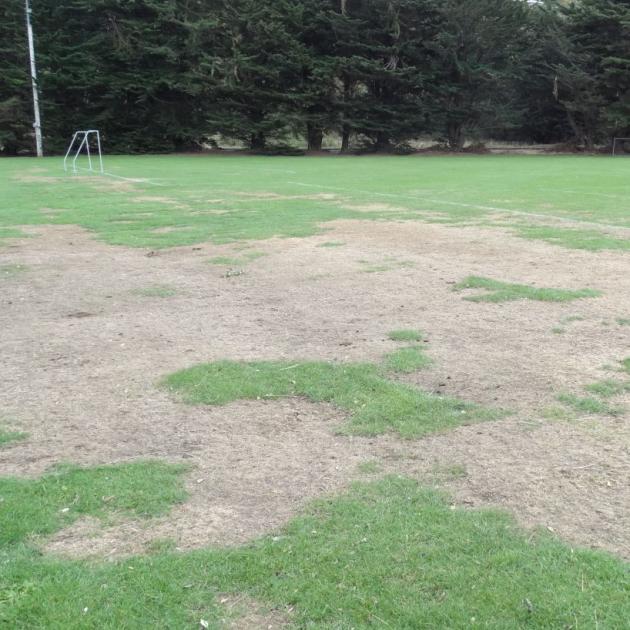 The geese graze their way across the playing fields, eating a lot of grass and damaging the surface. Photo by Brenda Harwood.

‘‘During rugby season we are having to clean up the pitch before every senior home game,'' Mr Spence said.

‘‘The guys who put the ropes up for the games are having to go out and pick up goose faeces by the bucketful.''

The Watson Park fields were cleaned up last Saturday, ready for the game, but by Tuesday when The Star visited, the volume of smelly faeces across the grass - particularly in the areas close to the harbourside - was astounding.

The flock's droppings not only affect the rugby club's junior and senior squads - Watson Park is also used by the Harbourside Soccer Club, children from the adjacent Port Chalmers School, and is a popular community facility.

‘‘We have children running around in bare feet and rolling on the grass - it's not healthy,'' Mr Spence said.

The Harbour Rugby Club alerted the Dunedin City Council to the problem about eight weeks ago and was calling for urgent action, he said.

‘‘It's a very frustrating situation for us.'' 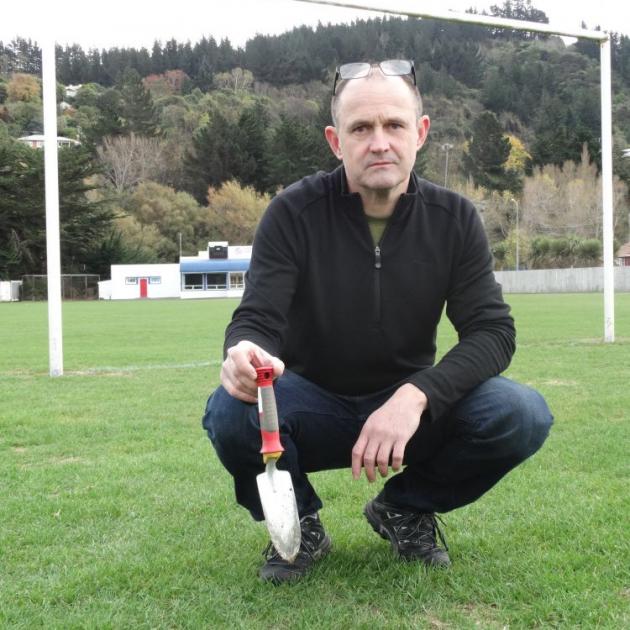 Chalmers Community Board chairman Steve Walker gathers up a pile of goose droppings at Watson Park on Tuesday. Photo by Brenda Harwood
Chalmers Community Board chairman Steve Walker said the board had received complaints from sports groups and the wider community about the mess left by the geese. The birds were also reportedly swimming across to Roseneath and invading residents' gardens, he said.

‘‘It has become a health and safety issue - the amount of goose faeces all over the playing fields is horrendous,'' Mr Walker said.

The board recognised that the geese had, over the years, become a part of the community, but the problem had reached the point where a solution needed to be found, he said.

Dunedin City Council parks operations manager Hamish Black said the council was aware of the issue and was liaising with the community board and rugby club about it.

Council staff had visited Watson Park to assess the situation, acknowledged there was a problem, and were working on potential solutions, he said.

These could include attempting to relocate the flock - which could be challenging because geese often returned - scaring the geese away with a sonic boom, or a possible cull.

‘‘We are seeking appropriate advice on what to do with them,'' Mr Black said.

While he could not provide an exact timeframe, Mr Black said he understood the problem needed to be resolved.

While goose faeces remain an issue at Watson Park, those using the grounds should be vigilant about keeping dirty hands away from their mouths during play and wash hands thoroughly after games.

That is the advice from Southern District Health Board medical officer of health Dr Keith Reid, who said clearing as much of the droppings as possible before games would reduce the risk of contamination.

As geese were grazing birds they were ‘‘prolific poopers'' and their droppings could contain microbiological contamination from E. coli, salmonella, campylobacter and cryptosporidium (a parasite). If faeces were ingested then people could become unwell with gastroenteritis.

Dr Reid said he was not aware of any sickness associated with the goose droppings to date, but people were more likely to think they had contracted ‘‘ these types of bugs'' from a food source.