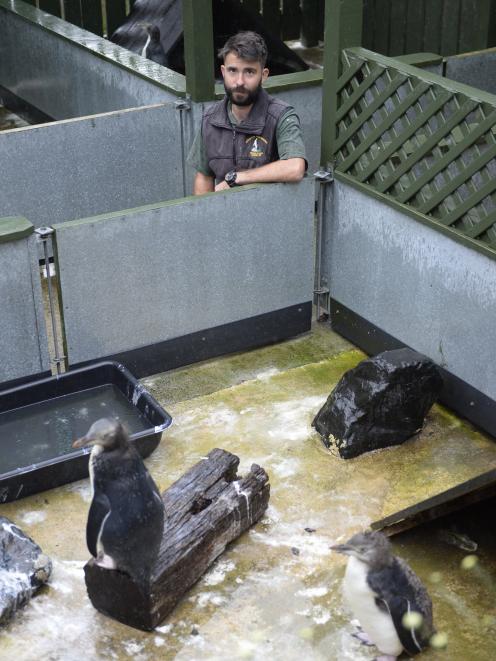 Penguin Place, a long-running penguin rehabilitation and conservation facility received the funding through the Government’s Jobs for Nature scheme.

Ms Allan said Penguin Place did important work caring for nationally endangered birds and it had a high success rate of returning them to the wild.

Penguin Place rehabilitation manager Jason Van Zanten said the business was grateful for the funding, which would allow it to continue its conservation efforts.

The operation had functioned as a private business for the past 30 years, but had been hit "incredibly hard" by the decline in tourist levels because of the Covid-19 pandemic.

Penguin Place employed 6.5 full-time equivalent, highly skilled staff, and Mr Van Zanten said the the money would allow them to be retained.

The funding would also allow it to continue the business’ conservation work, including native tree planting and the monitoring of three breeding beaches.

Penguin Place also rehabilitates sick or injured penguins, including one "frequent flyer" called Crystal who had received assistance from the business for the past four years.

For three years running she was treated for shark bites and in her fourth year she received help to get her through the moulting season.

Mr Van Zanten said he was confident he would see her again this year.

The assistance Penguin Place gave to Otago Peninsula’s yellow-eyed penguins was vital to the survival of a mainland population of the birds, Mr Van Zanten said.