Future of damaged beach ramp to be assessed 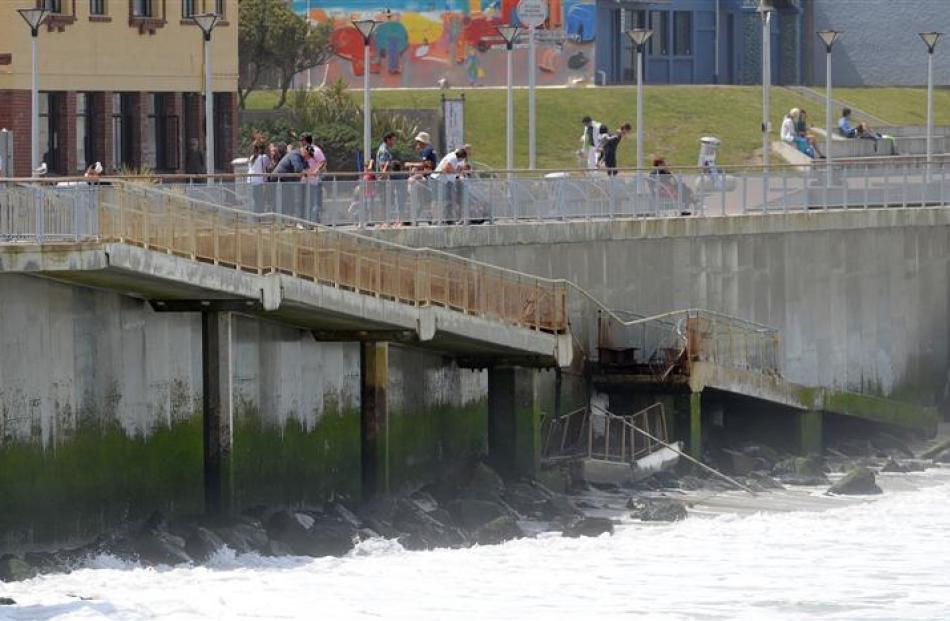 A section of a St Clair seawall ramp that has fallen into the surf below. Photo by Craig Baxter. 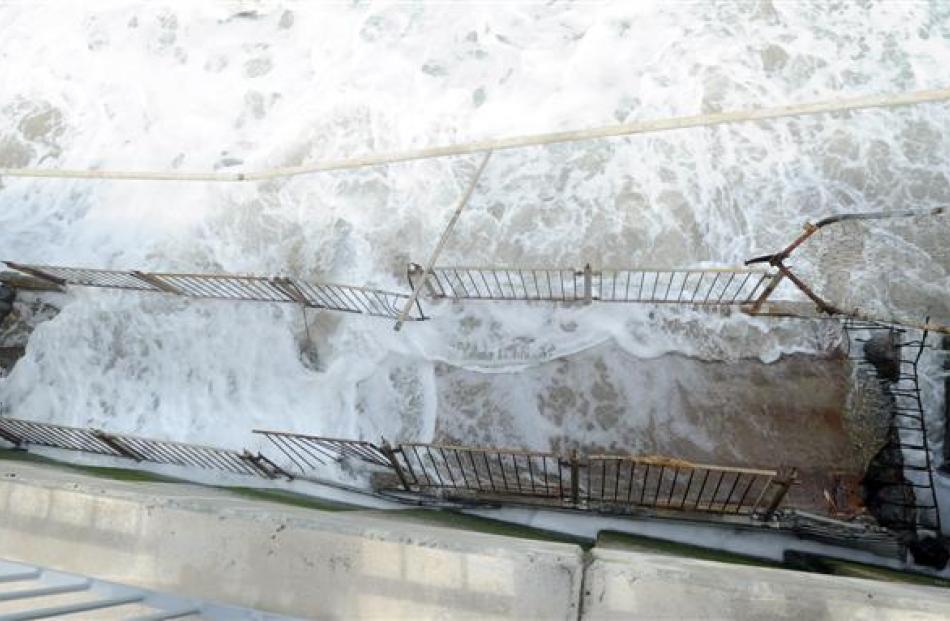 A section of a St Clair seawall ramp that has fallen into the surf below. Photo by Craig Baxter.

A section of a St Clair beach ramp in Dunedin might soon be removed, after it broke away and fell on to rocks below.

The problem is a continuation of damage that occurred about six weeks ago, when heavy seas hit the ramp so hard the concrete cracked, and steel reinforcing was exposed.

Information was scarce at the weekend, but Dunedin City Council community life general manager Graeme Hall said yesterday workers had looked at the ramp late last week, and "they are looking at removing it".

Mr Hall said he could not say whether a report was going to the council on the issue.

The recent damage is the third time the ramp has failed since the seawall was built in 2004.

The ramp was damaged twice in three months during storms late in 2004 and early in 2005, not long after the seawall was built.

Nearby stairs were also damaged at the time.

A council report after those incidents found the failures were caused by a combination of construction and design faults.

Design consultant Duffill Watts and King and construction company Naylor Love agreed to strengthen and repair the ramp and staircase at no cost to the council, and the facilities were replaced in 2007.

The most recent damage appears to be in the same area, with materials used to reinforce the ramp having failed.

Community development committee chairman Bill Acklin said last night as far as he was concerned, the ramp needed to be fixed, and the finer details of who was at fault could be worked out while that was being done.

Cr Acklin promised to look into the situation today, and provide the public with information on the future of the ramp.