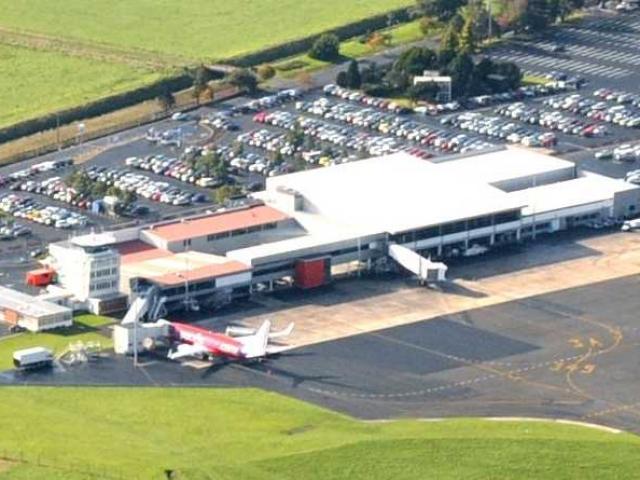 Last year, the Dunedin City Council-controlled organisation, jointly owned by Dunedin City Holdings and the Crown, brought in $17.6million in revenue and dealt with 1,077,475 passengers — nearly 21,000 people a week.

During the first four weeks of Level 4 lockdown, it handled fewer than 150 passengers a week.

The number of passengers passing through the airport in a ‘‘post Covid-19 environment’’ could be half of what had previously been forecast, airport chief executive Richard Roberts said in a statement yesterday.

He declined to be interviewed by the Otago Daily Times, and the statement provided yesterday did not directly answer whether the company would be able to hold on to staff.

It is unclear from the company’s 2019 annual report how many people work at the airport, but last year the company spent $2.9million on wages.

‘‘Other than the revenue from our dairy farms and rental housing, our revenue has basically been reduced to zero,’’ Mr Roberts said.

Before the Covid-19 pandemic, Virgin Australia, now in administration, offered a regular service between Dunedin and Brisbane, as Dunedin Airport’s only international link.

While Mr Roberts said only about 4% of the airport’s passengers were international travellers, ‘‘they contributed significantly more than 4% to our business’’.

‘‘We must also consider that as many as 20% of the people flying domestically in New Zealand were visitors,’’ he said.

A Ministry of Transport spokesman has said the demand for domestic travel under Levels 4 and 3 had been ‘‘extremely limited’’, and

flights to particular destinations would be restored once sufficient demand was established.

At Level 3, Dunedin Airport has returned to a seven-day-a-week schedule, but only one round trip on a 68-seat aircraft is scheduled, and Air NZ can only sell half the seats due to physical distancing requirements.

‘‘We are certain things will not be back to normal by any stretch of the imagination after lockdown,’’ Mr Roberts said.

‘‘We will most likely remain in the current situation, with many of us continuing to remain away from work or work from home for the foreseeable future.

‘‘In the least, all of our team will remain at 80% of our pre-lockdown pay until the end of the 12-week period.

‘‘The executive and senior leadership team will be working on what exactly post-lockdown will look like over the next week or so and we will advise all our team as to how we believe this will look.’’

The dividend the company pays is 60% of its operating surplus after tax, and was projected to be similar this year to last — about $1.4million.

It was set to be more than $2million next year before the global pandemic hit. — Additional reporting Debbie Porteous

Haha, article should read 'Richard Roberts has crash landed'. The airport probably will be lucky if it earns enough to pay his whopping salary. Surely must now be time for free parking for all game to trave!

Too right mate! I like to think of the Dunedin airport as the country's largest parking lot that happens to have a runway. Roberts is the highest paid parking attendant in the country. I bet the executive staff hasn't taken any paycut. And you know, Roberts will need the cash given his gig on the Taieri Railways just ended. Just another example of the gross nepotism running rampant throughout the city. Dunedin needs some real leadership out there. Unfortunately, that's something severely lacking.

Of course there's no need for flights atm.
But there is a need as there is three airports crying into their chardonnay not thinking properly, well the salaries they have been on its time they started engaging their brains, if not pay 50%? Of their extreme salaries back and bonuses and leave or shut up and get it sorted.
Once level 2 or maybe it will 1 hits people will have to get around. I still can't get cargo room just to move pets FFS.
Stop whinging and start planning. Getting over these corporate bleeding hearts.

Not sure if you’ve had the pleasure of meeting the man based upon the comments. I think it would be fair to say he is qualified to accomplish the simplest of tasks to a minimum standard with proper supervision and coaching. Despite his enthusiasm and self-promotion, he simply lacks the knowledge and experience to be a leader or independent problem solver. Uninspiring and administratively challenged. That’s sums up my experiences fairly succinctly.

You know things are bad when Roberts declines to make a comment. Interesting how Roberts takes credit when times are good but refuses to make a comment when things are bad. I think they call that leadership by exception. Can somebody explain to me why Dunedin International Parking Lot even has a CEO? It's a podunk regional airport that's not even 24/7. Do yo want to save some money? Downgrade the CEO position to airport manager. Roberts isnt a CEO he is an airport manager. Net savings $150K. Downgrade the three other executive positions to manager positions. Net savings $200K. Right size the little fiefdom Roberts is building. Net savings $500K. Refocus the organization from being a glorified parking lot and turn it into an international airport. Roberts clearly lacks the experience and leadership to do this. Yes, he is great promoting himself like a carnival barker in his blue suit and brown clown shoes but he isn't a leader. Why is there such a high turnover rate at the airport? Why are there so many non-disclosure agreements associated with the turnovers? There is something odd about this, something isn't quite right. Times are changing and Dunedin needs real leadership there!

The airport have not given the various transport operators any break on their high access fees to the airport, in spite of close to zero passengers needing transport to or from the airport. So to day they have zero income is not really true at all. All the small businesses that have propped them up over the years are busy bleeding money right now and they won't even talk to the businesses.

That sounds just like "King Richard"! I guess if your still getting your $250k salary regardless of the status of the airport and tenants you wouldn't care either. How does someone get a job like that? No accotability to anybody?

The reality is Dunedin is a small sized city which will have a small sized airport with low to moderate traffic in the next 18 months or so. The return of international flights is unlikely as Dunedin simply isn't a gateway or main destination such as Christchurch or Queenstown.
Obviously, the airport will need to urgently resize the staffing with an aim to rebuild to near current levels over 1.5 to 2 years as business is restored.

And as the airport business shrinks, so too will the number and cost of management.

As the whole DCC need to learn, this is not the same place it was six months ago. Time for vanity and ego is gone. Ratepayers are NOT an endless well of taxes to be drained. Council has a place to fund and foster business - that can be achieved doing vital stuff such as replacing 100 year old sewers. Not sexy, not a glorified mall, but affordable and necessary.