Gallery's use after restoration up in air 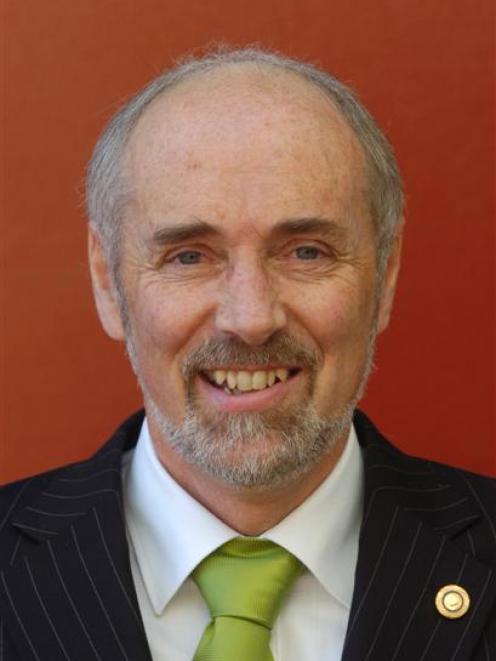 Graeme Hall
The Dunedin City Council has no specific use for the former Logan Park art gallery it plans to spend $5 million restoring.

The council's resource consent application notes the "possibility" of "a wide range of uses", including offices, sports ancillary, conferences and functions.

It says "opportunities exist" for the building to be used as clubrooms, changing rooms and media facilities.

However, the council is not applying for "adaptive reuse" of the building and further consents may be needed when a use is found for it.

He said the council was committed to ensuring the building was well used by the community over the next 30 years as part of a redeveloped Logan Park.

Two of the current users, the Highlanders rugby team and the New Zealand Academy of Sport (South Island), are expected to move to the nearby Forsyth Barr Stadium when it is completed next year.

Ten other groups are listed as "occupiers".

The "assessment of environmental effects" carried out by Craig McKibbin, of Mitchell Partnerships Ltd, says the council "explored in some detail" the option of demolishing the building - an option that "would allow the greatest amount of flexibility in terms of future development in this area".

But the council rejected "full demolition" because of the gallery's "heritage value".

Instead, it is applying to demolish the three southern-most bays of the gallery so the size of the adjacent University Oval cricket ground can be increased to facilitate test matches.

It is also applying for the demolition of the art education block and the Sargood and conservation wings, added to the original building between the 1950s and 1970s.

Mr McKibbin said in his report the heritage value of the original art gallery, built for the 1925-26 New Zealand and South Seas Exhibition, was "compromised" by the additions.

Demolishing the more modern parts would "strengthen" the gallery's heritage and architectural "ideal", he said.

The council planned to reinstate the original portico entrance, and remove some of the brick infill panels and replace them with windows and doors opening out on to playing fields, Mr McKibbin said.

"The purpose of these additions is a quite deliberate change from the inward-looking art gallery to a building that relates with its immediate surroundings."

At the southern end of the gallery, facing the Oval, a "lightweight viewing platform" was planned within the building and at the northern end, a terrace where the Sargood Wing stands, Mr McKibbin said.

In addition to the $5 million budgeted for the gallery building, the council will spend $300,000 improving the Oval and $400,000 shifting the existing media centre.

Mr McKibbin considered the "significant benefit" of the plan to the city would arise from the demolition of the southern end of the gallery to enable test matches to be played against nations such as England, Australia and South Africa.

"Such international sporting fixtures will have significant benefits to the city in terms of revenue from spectators, players and media.

"In addition, the five-day format of test match cricket provides for the televised exposure of Dunedin to a wide international audience."

Descendants of Sir Percy and Lady Sargood supported the proposal, subject to five conditions, including the restored building being named "The Sargood Gallery".

Sir Percy and Lady Sargood presented Dunedin with the Sargood Wing in memory of their only son, Cedric, who was killed at Gallipoli while serving with the Otago Regiment of the New Zealand Infantry Brigade during World War 1.