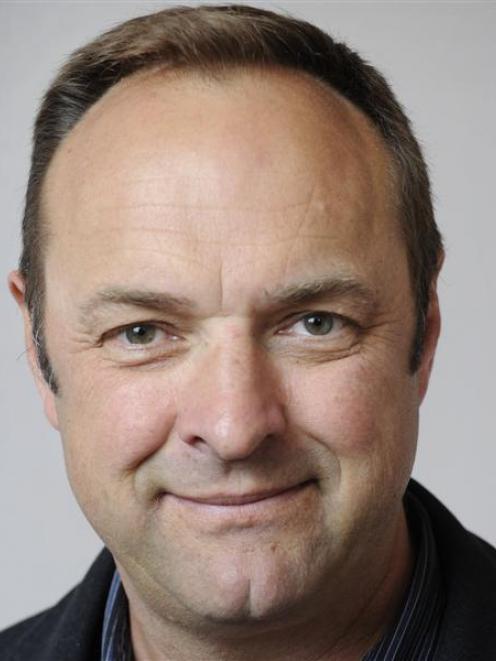 Graeme Ramsey
The Problem Gambling Foundation is vowing ''we won't go silent'', following a decision to award the majority of services to the Salvation Army.

Yesterday, the foundation confirmed the loss of of Ministry of Health funding. The majority of services will be provided by the Salvation Army's Oasis service from June 30.

Foundation chief executive Graeme Ramsey told the Otago Daily Times he was ''gutted, absolutely gutted; it is fair to say the board is dumbfounded by the decision''.

The ministry would discuss a contract for 11 fulltime positions for the foundation, which currently employs 63 staff.

The ministry confirmed its decision not to renew its national contract with the PGF, saying it was part of a review of service providers.

While the review was ongoing, the changes it would implement would result in a ''significant increase in front-line staff for the same level of investment''.

''The ministry is confident that people experiencing gambling harm as a result of their own or someone else's gambling will be able to continue to access regional and national services to help them, both now and in the future,'' it said in a statement.

''When the negotiations are complete, the ministry will be in a better position to comment.''

The tender process for the new contracts was ''an open contestable tender process'', which was overseen by consultants from PricewaterhouseCoopers, it said.

However, Mr Ramsey said there was a chance the decision could be reviewed.

Labour's Trevor Mallard and the Green Party's Denise Roche claimed the foundation was silenced for speaking out about the SkyCity convention centre deal.

However, that was rejected by Associate Health Minister Peter Dunne, who said any claim the foundation was silenced ''because of its opposition to particular government policies is patent nonsense''.

He pointed out that the Salvation Army opposed the SkyCity deal, and ''I see no reason why this should prevent them from being contracted to provide the excellent services that they do''.

Mr Ramsey said people would draw their own conclusions.

''Essentially, this is going to silence us, as a voice against the harm of gambling.''

A gambling industry source said there had been industry disquiet with the Problem Gambling Foundation for many years, particularly the perceived links between the foundation and Labour and the Greens.

He alleged that increasing political focus led to the recent resignation of a senior Wellington-based research director.

Mr Dunne said the Ministry of Health signalled in 2012 it would be going to the market for the provision of gambling harm minimisation services.

The evaluation panel deciding on the tender included staff from the Ministries of Health and Internal Affairs. A spokeswoman for SkyCity said it would not be commenting on the decision.